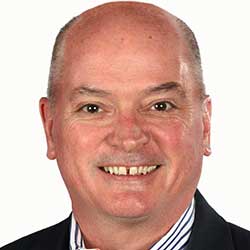 NORTH READING — If he were still donning a uniform, Eddie Madden would be called a five-tool player. For when it comes to supporting North Reading baseball, Madden has done it all – and he’s done it all well.

From serving as a coach to four separate positions on the North Reading Little League Board – one of those an eight-year stint as its president – to being a good-will ambassador, Madden has been a driving force in town baseball for nearly two decades.

He will be honored for those efforts with the North Reading Diamond Club Recognition Award on Friday, Aug. 21, following the organization’s annual golf fundraiser at Hillview Golf Course. The award has been given out for more than 40 years.

“In the history of this award, I don’t know if you’ll find a recipient who has given more to North Reading baseball than Eddie Madden,” said former North Reading High School baseball coach Frank Carey. “Not only has he overseen numerous initiatives to grow baseball’s presence in town, he brings energy and passion to everything he does. Eddie’s been a great partner to the high school program and the Diamond Club, and NRLL is in a stronger place today because of him.”

After first getting involved by coaching his sons Ned and Daniel – who both went on to star on the NRHS varsity baseball team – Madden joined the NRLL Board. He was initially the Fundraising Director before taking over Snack Shack duties and then being elected President in 2012. He stepped down from that post last October and is currently its Chairman of the Board.

Under his watch, NRLL became more visible and involved in the community. He either started or championed the league’s participation in – and the success of – the Veterans Day Luncheon, Varsity Day, the Pancake Fundraiser, and the annual Memorial Day Parade. In recent years, NRLL has had more marchers in the parade than any other organization.

His impact on the field was even greater. Madden founded the Middlesex Big Diamond League, an idea that came to him after seeing how the in-town Senior League had declined in terms of interest and competitiveness. He brought together the baseball leaders from Lynnfield, Wilmington, Stoneham, Wakefield, and Woburn to form what is now an immensely successful league for 13-through-16-year-olds, allowing these youngsters to continue their baseball careers while providing a strong feeder system for the NRHS program.

Similarly, he oversaw the start of the NRLL Challenger Division, which provides youngsters with physical and mental challenges the opportunity to play the great game of baseball, and embraced NRLL’s 12-year-old appreciation game, which started in 2013 and gives players a final sendoff on the Small Diamond and honors the memory of former NRLL player Tim Chaloux.

During Madden’s time as president, he worked closely with the Parks and Rec Department to upgrade Benevento Park’s facilities – including the fields, the dugouts, and snack shack – as well as to construct a pavilion, all to enhance the player and fan experience. Also, while most towns saw a decline in Little League participation, North Reading’s numbers held steady over the past decade.

Madden’s crowning achievement came when North Reading Little League hosted the 2017 State Championships. He took the idea from the ground floor and, with the help of District president John Berardi, put in hundreds of hours of work to bring the tournament to Benevento Park. He rallied Board members, local businesses, residents, politicians, and those who just cared deeply about baseball to make it arguably the most successful state championship ever held.

“Hosting the State Championships was a special moment for North Reading,” Carey said. “And Eddie made it happen. He saw it as an opportunity to showcase the town, its people, and our great baseball facilities, and because of all his efforts, it could not have gone any better.”

For more information on this year’s golf fundraiser and to learn more about the North Reading Diamond Club, visit nrdiamondclub.org. 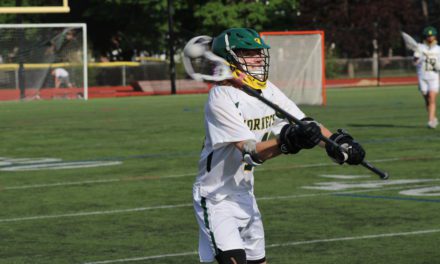 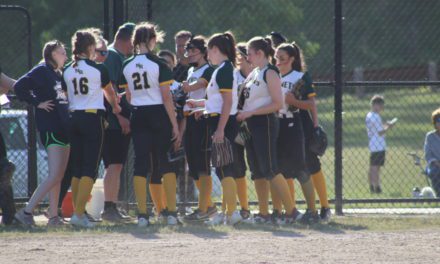 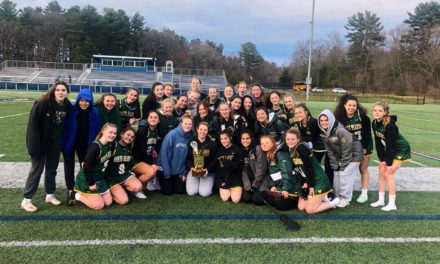 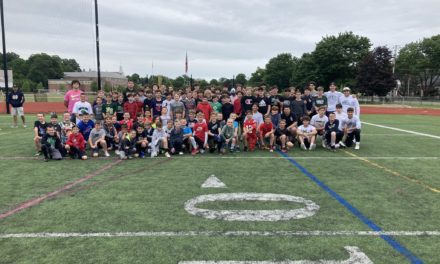