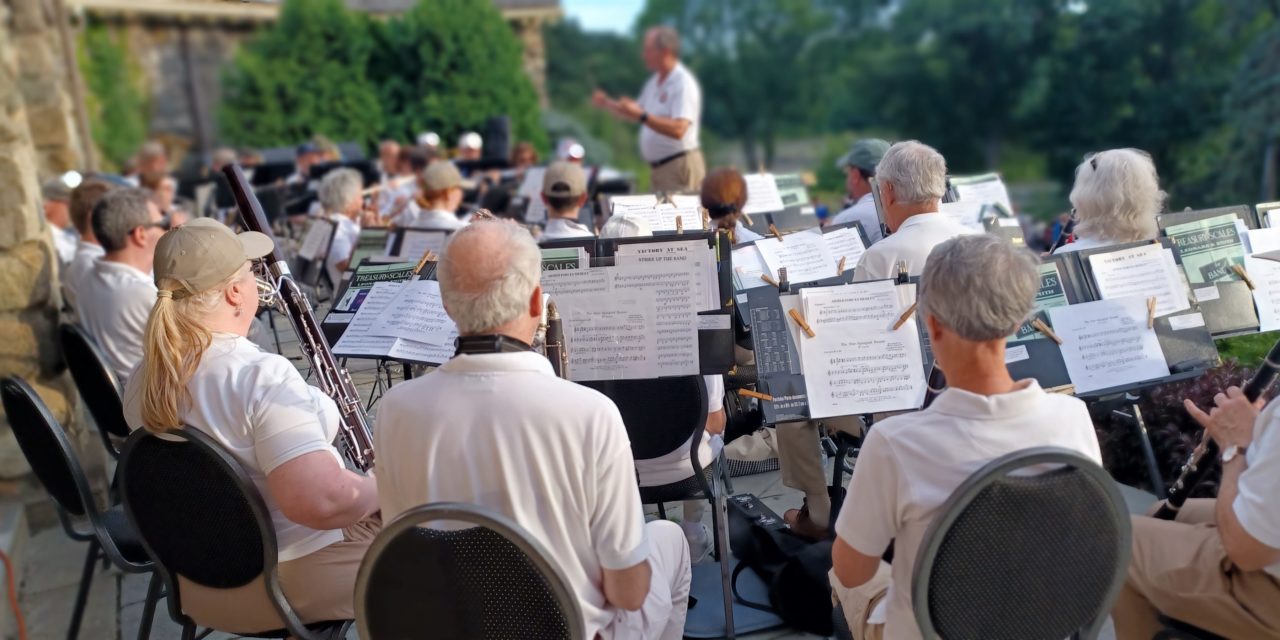 THE MIDDLESEX CONCERT BAND played many patriotic songs including “Stars and Stripes” to an enthusiastic crowd.

MELROSE — In one of the most beautiful venues in Melrose, the largest audience to date attended the Association’s July 4 Concert at Mount Hood Memorial Park & Golf Course featuring music with a patriotic theme. The festivities began with introductory remarks by Association president, Myron F. Dittmer.

This program was supported in part by a grant from the Melrose Arts Council. The Middlesex Concert Band of Wakefield, under the direction of Mark E. Olsen, provided spirited arrangements of many patriotic and show tunes to the enthusiastic approval of the audience. All children in attendance were given free bags of popcorn and lemonade.

The final and most exciting song of the evening included the band’s rendition of” Stars and Stripes” which included our popular “Parade of Children” who waved their American flags while parading around the venue.

IT WAS A beautiful day for the July 4 Concert held at Mount Hood in Melrose.

The Association would like to extend their special appreciation to the following companies and organizations that helped make this event such an impressive success this year. They include, Melrose Park Commission, Melrose Park Department, the Melrose Recreation Department, Golf Management Company, LLC (who provided free popcorn and lemonade for the children), Hillside Printing, LLC, Inc. (who provided the programs), Bob Boisselle for videotaping it for MMTV, and of course, the Middlesex Concert Band for their extraordinary music presentation.

For more information on the Mt. Hood Park Association, visit their website at www.mthoodpa.com, contact Myron F. Dittmer, Jr. at (781) 665-8172 or email him at [email protected]