About us
At 127 years, The Wakefield Daily Item continues its tradition of being the only locally owned newspaper serving the community.

As we said during our centennial in 1994, “Over the…years we have been a part of some of the big and little stories that have shaped Wakefield…. Along the way we’ve pleased you and sometimes made you angry as well. Most of you realize that documenting the daily life of a small town, indeed any community isn’t always an enviable task. To do it correctly, to do it honestly, sometimes calls for things to be written that some would like left unsaid.

We have tried to maintain that tradition since the paper was established by Fred W. Young and first printed on the second floor of the Wakefield Building, at the corner of Main and Lincoln streets, by Alstead W. Browne on May 7, 1894.

Young ran the Daily Item for nearly six years until March, 1900, and then sold it to Brownell, who packaged it with his printing plant and sold to Harris M. Dolbeare, the Citizen and Banner assistant editor, on April 1, 1900.

The Dolbeare family has been represented through four generations of publishing the newspaper and running the Item Press, the commercial printing division of the business.

After the death of Harris Dolbeare on Jan. 22, 1938, nine months short of 50 years in the newspaper business, his widow Emma became president. Their sons, the late Cyrus Dolbeare was named Publisher, and the late Richard Dolbeare, Treasurer.

Since the summer of 2004, the lead story, sports and obituaries have been available online at www.wakefielditem.com, the Item’s very own and locally produced website.

While much has changed since Young began the newspaper over a century ago, the mission to produce a newspaper geared to the needs of our community remains the same. 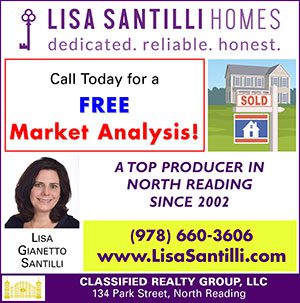