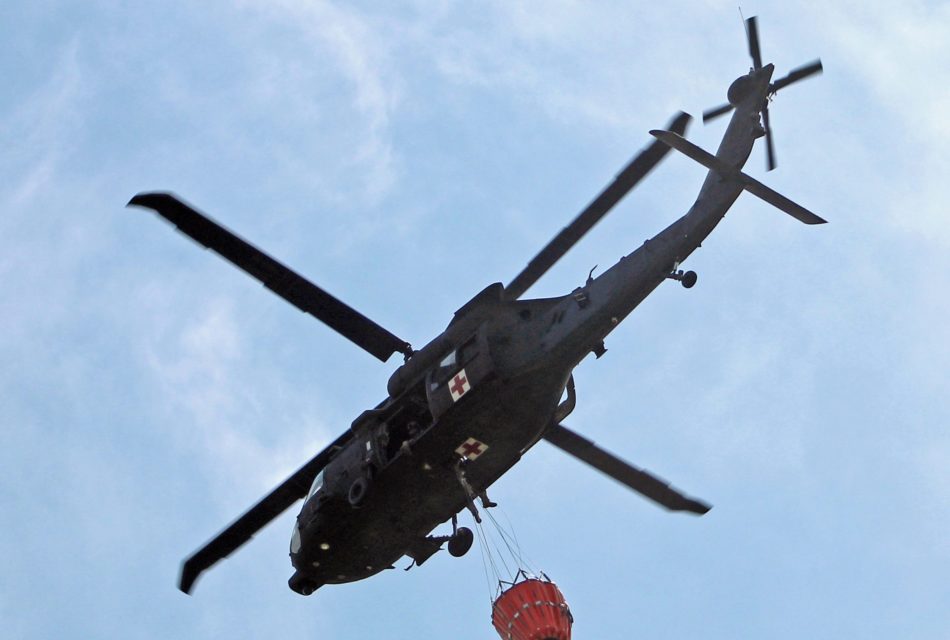 WAKEFIELD — Today the National Guard was scheduled to conduct helicopter operations out of Walsh Field at Wakefield Memorial High School as crews work to control fires in Breakheart Reservation. These helicopters are equipped to take water directly from lakes in Breakheart to allow for the maximum amount of water drops possible. Provided weather conditions remain favorable, operations began at 11 a.m.

This initiative will not impact activities at either Beasley Oval or Landrigan Field, though residents will notice the presence of Wakefield Fire Department and public safety teams in and around the area. Wakefield Fire Chief Michael Sullivan notes that fires have covered more than 79 acres of woodlands and, in some areas, have burned into the soil almost 18 inches.

According to a Massachusetts Department of Conservation and Recreation (DCR) release on August 23, “The wildland fires within Breakheart Reservation were ignited on Wednesday, August 17, 2022, as five individual fires. Since then, two of the fires have merged into one fire, and a new fire has also ignited, resulting in the fires burning at various states of containment. The fires are burning in mostly pine and oak woodland leaf litter. Moderate to very active fire behavior has been experienced throughout the incident with continued deep burning and smoldering on all fires.”

Breakheart Reservation will be closed on August 24. Effective immediately and until further notice, the DCR has placed a temporary ban on all open flame and charcoal fires across the Massachusetts State Park System.