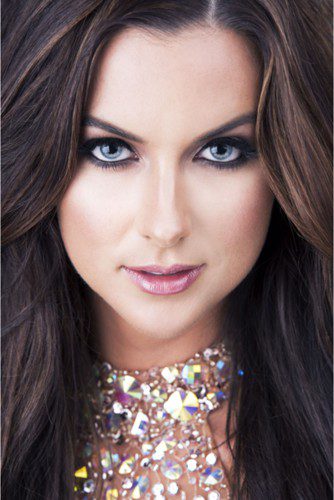 NORTH READING — Amanda Soucy, a North Reading native and lifelong resident, has a full time job in Boston’s financial district, is a part–time model and is also a New England Patriots Cheerleader.

It doesn’t seem possible she could find the time to take on another challenge, but she has. Soucy will be a contestant in the 2016 Miss Massachusetts USA pageant to be held the weekend of Nov. 21–22 at the Lowell Memorial Auditorium in Lowell.

Obviously, time management is not a problem for Soucy. In fact, she says it’s an art she perfected when she as a student athlete at North Reading High School.

Soucy’s full time job is in Investment Support at Cambridge Associates, a firm that specializes in Global Investing Services based in Boston. For practices and at every Patriots home game, she can be found at Gillette Stadium where she cheers for “the best team in the NFL,” in her own words.

“As a Patriots cheerleader, I appear at many promotional events throughout the year and work with charitable organizations the Patriots organization is involved with,” she said. Soucy has been involved in many once–in–a–lifetime opportunities with the Patriots, including Superbowl XLIX and, along with her squad, she was able to fulfill the wish of a Make–a–Wish recipient. She said that was one of her most rewarding experiences.  As a part–time model she is represented by a Boston agency, Maggie Inc.

Soucy initially entered the Miss USA pageant based on the suggestion of one of her role models and former Miss Massachusetts/North Reading resident, Kristen Pascucci. She entered last year’s pageant and did well, finishing as a second runner up.

“I feel as though this is my year and feel more prepared than ever at this time. Competing in the Miss USA system has introduced me to an amazing network of individuals that are driven and inspiring. I made  two of my closest friends at the Miss Mass. pageant and you can now find them cheering alongside me for the Patriots,” she said.

This year’s pageant kicks off with a full day of rehearsals followed by a preliminary competition. This consists of an opening number introduction, a swimsuit segment and an evening gown portion.

On the second day, each contestant has an interview with the judging panel in which they have two minutes to tell their story and field any questions the judges have for them. “It’s very important to stay up to date on world events and answer questions in a concise manner,” she said.

The second night begins with the judges’ selection of the top 15 contestants and they compete with one another in the same format as the preliminaries. The top five contestants go on to answer a final on–stage question to determine a winner.

“The pageant is focused on core values and civic involvement and empowering women to be leaders,” she said.

The Miss Massachusetts USA Pageant is part of the prestigious Miss Universe organization and requires a large sponsorship fee among many other required expenses related to the necessary training and Soucy often feels like this is another full time job due to her level of commitment.

She’s fortunate  to have a whole team of supporters that believe in her, support her and push her to her limits to succeed. These include Janelle Nicolo of Body Ambition, Andrea Purcell and Stephanie of Stephanie Cogliano Laser and Electrology, BFX Studio Boston, J.Gibley Tuxedo, Honda Barn of Stratham NH, Nelse Karini Makeup Artistry, Pins and Needles Alterations, Lisa at Dellaria Danvers Hair Salon and Eyelashes by Eileen McCarter, among friends and family that have contributed to her efforts at her fundraising page https://www.gofundme.com/xbwffs

“I am fortunate to have such a great support system and I look forward to taking the stage Nov. 21–22 with some of the great women of Massachusetts,” she said.