Another winning streak brings Warrior softball one away from tournament 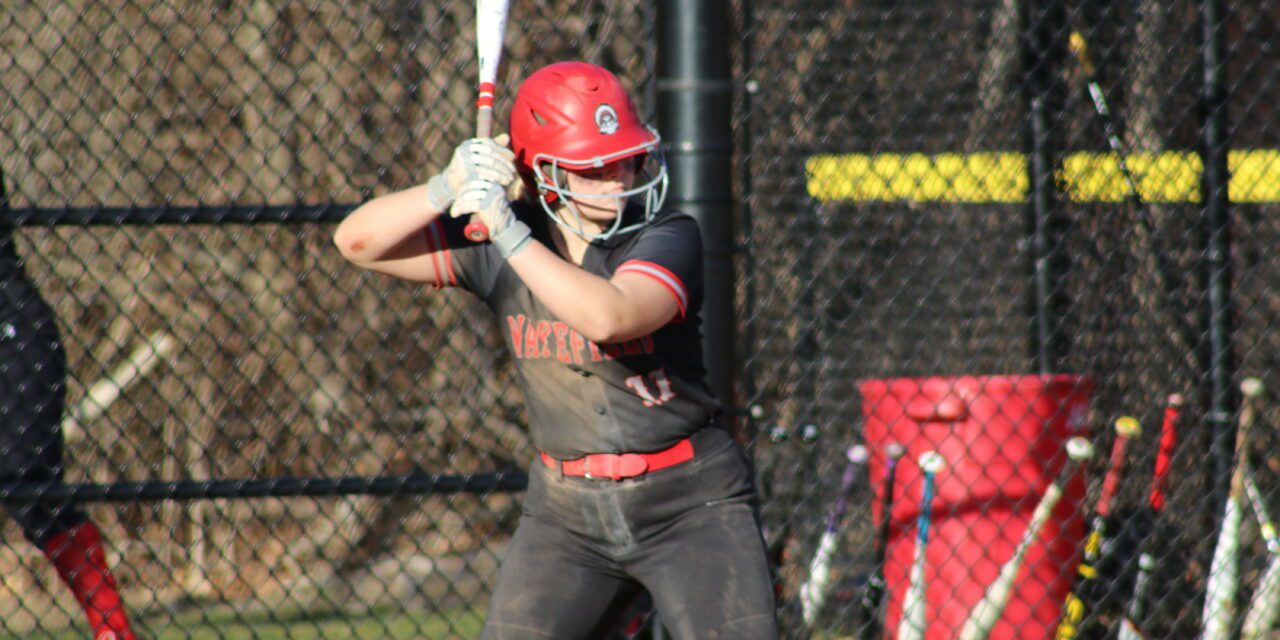 ALLIDA KELLIHER and the Warriors continue to hit the ball well as they are now just one win away from officially qualifying for the state tournament. (File Photo)

WAKEFIELD — The Wakefield High softball team put together their second four-game winning streak of the season recently, beating league foes Watertown, Belmont, Winchester and Stoneham from April 25 to May 2.

The Warriors outscored these four by a total of 73-9, improving to 8-3 in the process.

After Wakefield beat Belmont 17-2 on the road, April 27, they hosted Winchester the next day. The offense stayed locked in as they cruised to a 22-2 win over the Red and Black.

“We were able to get the bats going up and down the lineup and then play clean defense to take care of the game,” said Wakefield head coach Chris Tolios.

Captain Nora Leach picked up another win in the circle and also added a hit and two RBI.

The Warriors had a near identical win in Stoneham on Monday.

“Stoneham was more of the same story,” said Tolios. “We started early and were able to hit up and down the lineup.”

Charlotte Rossicone had three hits as Wakefield rallied behind a solid dual performance from pitchers Sophie Seidman and Leach.

“We were able to get out of there with a nice league win,” said Tolios.

Wakefield’s winning streak came to an end on Tuesday against an always tough Reading team but the Warriors improved to 9-4 when they topped Wilmington yesterday, 5-1, to sweep the season series.

The Warriors can officially punch their ticket to the state tournament with one more win. Wakefield has a road game against Hamilton-Wenham today at 4 p.m. After their meeting with the Generals the Warriors will have six games left in the regular season.