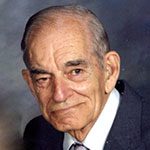 Arthur was born in Chelsea on Nov. 12, 1918, one of two sons of the late Charles W. and Alma J. (Culbert) List. Raised and educated in Chelsea, Arthur went to work at Woolworth’s Department Store and later drove a milk truck before joining the Wakefield Fire Department in 1950. Stationed at the Central Fire Station for the Town of Wakefield, Arthur was the tiller on the hook-and-ladder truck until his retirement in 1975.

Arthur was a no frills, hard working man who enjoyed life. He was proud to have built his own cottage on the shores of Lake Ossipee in New Hampshire. In his free time, Arthur enjoyed woodworking, model trains, and spending time on Lake Ossipee fishing and boating.

Arthur was a member of the First Baptist Church, the Odd Fellows of Wakefield, a 68-year member of the Star of Bethlehem Lodge AF&AM, and an active member of the Aleppo Temple Shrine. He also enjoyed participating in the annual Aleppo Parade as the driver of the mini hook-and-ladder truck. After retiring, he enjoyed several years helping his son run a landscaping business in New Hampshire.

He was the beloved husband of the late Mary A. (Milley) List with whom he shared 65 years of marriage. He was the loving father of Marilyn L. Howlett and her husband Jack of Locust Grove, Va., Pauline L. Sullivan and her husband Francis of Salem, N.H. and Charles W. List and his wife Joan of Derry, N.H. He was the dear brother of the late Ralph W. List. He was the loving grandfather of Jeffrey Howlett, Shari Comerford, Michelle Pelosi, Lynne Andrews, Zachary List, Kyle List, Justene Walsh and Haley Walsh. He was the cherished great-grandfather of Carter, Jack, Hayden, Caitlin, Madison, Ethan, Olivia, Marisa and Katrina.

Relatives and friends gathered in honor and remembrance of Arthur’s life at the Robinson Funeral Home, 809 Main St., Melrose during visiting hours on Friday, Feb. 20 from 4 to 8 p.m., and for his funeral service at the First Baptist Church, 8 Lafayette St., Wakefield celebrated on Saturday at 10 a.m.