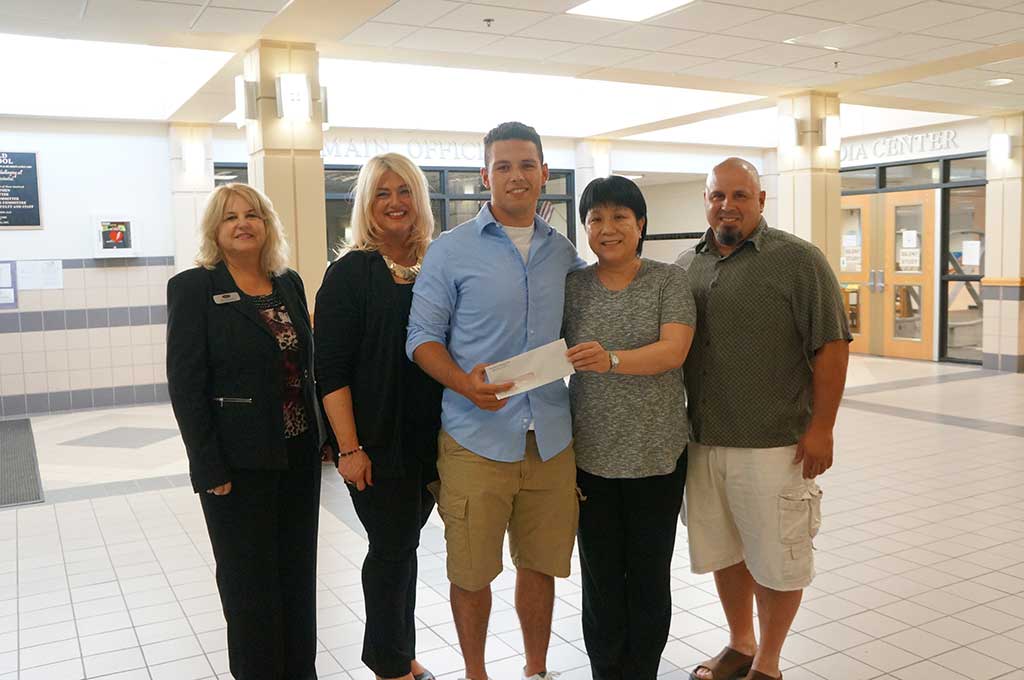 LYNNFIELD – Spencer Balian, a Lynnfield High School Class of 2016 graduate and the baseball team’s second year captain, was awarded a $1,000 scholarship from Wakefield Co-operative Bank at the team’s end of season banquet at the high school recently.

Balian was chosen by the coaching team for his team spirit, great attitude, leadership qualities both on and off the field, and the respect and admiration he gained from his teammates throughout his career at Lynnfield High.

“Last year, Lynnfield Baseball Boosters (LBB) started the first baseball scholarship for a deserving senior,” said Michael Juliano, Treasurer of LBB. “When we approached Wakefield Co-operative Bank about becoming involved in the baseball program, they were very enthusiastic and generous – immediately providing us with a scholarship – so we weren’t surprised when they reached out this year asking if they could once again provide the scholarship.”

“The bank’s website has a ‘History of Community and Giving’ section, linking to an amazing list of examples of giving back to the communities in which they work,” continued Juliano. “This year I am proud to say that the 2016 Lynnfield High School Baseball Scholarship is one more example being added to their ever-growing list.”

Balian will be attending and continuing his baseball career at American International College (AIC) in Springfield this fall.