Barrett over Shea by 39 votes 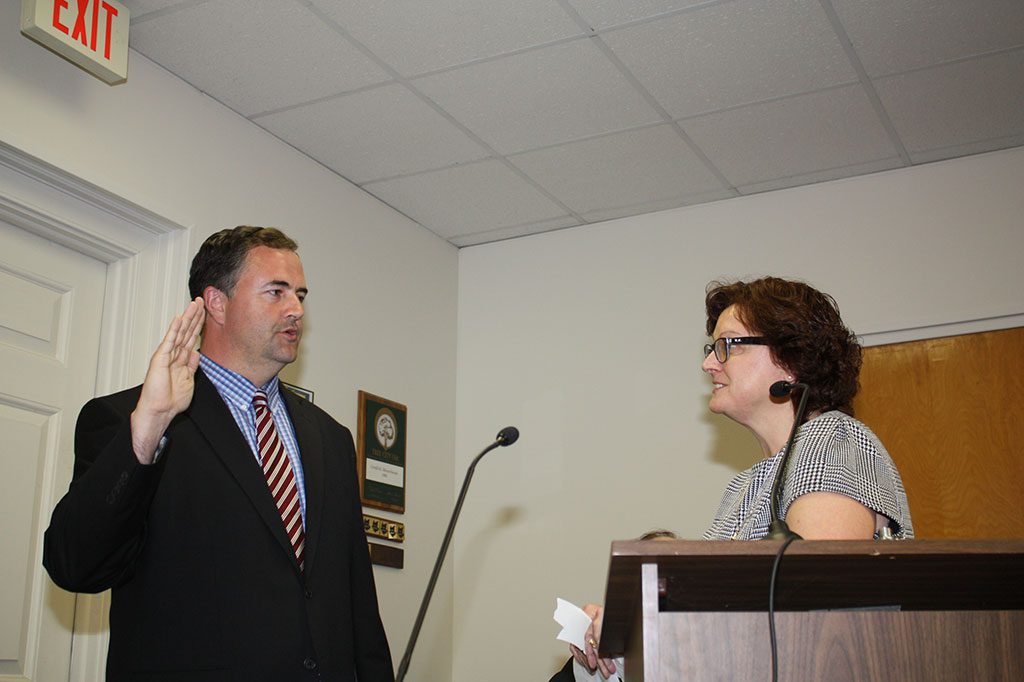 NEW SELECTMAN Christopher Barrett takes his oath of office Monday night at the swearing-in ceremony by Town Clerk Trudy Reid moments after the results of the annual election gave him the edge over opponent Katy Shea by 39 votes. (Maureen Doherty Photo)

LYNNFIELD — Elections don’t finish much closer than this one.

After two months of intense and spirited campaigning for the lone open seat on the Board of Selectmen, Christopher Barrett topped the ticket over Cathleen “Katy” Shea by just 39 votes, 1,354 to 1,315.

Supporters of both candidates packed the Selectmen’s meeting room and overflowed into the hallway at Town Hall as Town Clerk Trudy Reid read the preliminary results precinct by precinct about 30 minutes after the polls closed on election night Monday.

The candidates split the votes by precinct as well, with Shea winning both Precincts 1 and 2 and Barrett taking Precincts 3 and 4.

Reid stated there were a total of 2,675 ballots cast in the annual town election and all of the absentee ballots received by the time the polls closed at 8 p.m. were included in the final tally.

Reid later told the Villager that over 150 absentee ballots were requested and over 120 were returned by the deadline.

Shea, who has been an active participant at selectmen’s meetings and Town Meeting for the past several years, announced in December that she would run for the open seat. It was her first campaign for elective office.

The two former opponents shook hands after the results were read and received a round of applause from their supporters gathered at Town Hall.

Barrett was sworn in immediately by Reid and took a seat between Selectman Tom Terranova and Selectman Phil Crawford.

Crawford thanked the departing Nelson for his nine plus years of service to the town in multiple roles in addition to his term as a selectman. “He also served on the Board of Assessors and the Finance Committee and he does a lot of other things for this town — the library, the schools — so Dave, thank you for all you’ve done,” Crawford said.

“Lynnfield is a great community and I’ve enjoyed everything about my term on the Board of Selectmen. I have different priorities going on now, but I will still be part of the town,” Nelson said, adding, “And I’ll still be giving my opinion on things. I appreciate the support from everybody.” 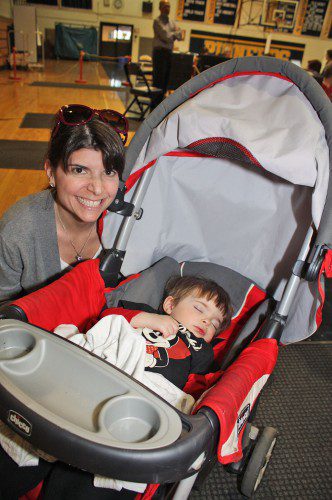 LITTLE Asher Donahue, 2, doesn’t realize it yet, but he slept through one of the busiest town elections in recent memory while accompanying his mom, Kim Baker-Donahue, to the polls Monday afternoon. The big draw was the race for selectman between Katy Shea and Chris Barrett as about 28 percent of the electorate cast a ballot. (Maureen Doherty Photo)

Barrett thanks Shea, his supporters

Barrett thanked his opponent, his supporters and his family, and he pledged to address the matters of importance to every member of the community, not just those who supported his campaign. He said while campaigning for the past two months, both he and Shea “have been reminded many times how wonderful this community is and what a great treasure we have in the town of Lynnfield.”

“I’d like to especially thank Katy Shea. She was a wonderful candidate to run against these last couple of months and I think we’ve had a wonderful discussion on the needs and the wants and the concerns of the community,” Barrett said.

“I appreciate the amount of energy that Katy and her group of supporters put into this tremendous discussion. …I thank her supporters for being part of the discussion. I think Lynnfield is worth fighting for and I think both sides of this discussion proved that these last couple of months,” Barrett said.

Barrett also noted the sacrifices both he and Shea have made during the campaign, especially the time spent away from their families. After leaving the polls and before going to Town Hall to hear Reid announce the election results, Barrett made a quick stop at home.

“I had to go see my little girl who had a 104 temperature. I wanted to just see how she was,” he said. Both he and Shea were willing to make such sacrifices “because we both equally care so much about the community.”

“I think she deserves and her supporters deserve to certainly have their voice heard,” Barrett said of Shea, adding, “so I promise them that I will fight for the concerns I heard them discuss because I think everything we discussed was important.”

He also thanked Nelson for the assistance he has provided to the neighborhood surrounding the Perley Burrill area, including his own street, Fairview Avenue.

“He helped us significantly with that issue. Mr. Nelson is somebody who consistently has been available to so many people in the community and as much as I appreciate being elected selectman, it’s too bad to see Mr. Nelson move on, but I know he’ll be just as active at Town Meeting and around town,” Barrett said.

He praised his supporters, campaign team, his wife Beth and their two children. “I’ve had the opportunity to work with many campaigns and this was the best,” he said.

Noting the closeness of the results and the high turnout of the electorate, he concluded that whether or not those voters cast a vote for him, he appreciates that they made sure their voice was heard. “I thank each one of the voters who participated in this election. It’s a great honor to be part of such a wonderful community,” Barrett said.

Results of the uncontested races

In addition to the selectmen’s race, the ballot included uncontested races for six other elective offices involving eight candidates.

Sal Cammarata was returned to his seat on the School Committee for a second term with 1,437 votes while Tim Doyle won the seat vacated by Barrett with 1,643 votes. Doyle previously served on the board from 2000-2012.

Library trustee E. Seavey Bowdoin received 1,706 votes to be returned to the seat he has held for 34 years. Russell Boekenkroeger Jr. received 1,194 votes and will assume the seat formerly held by Kerry Haughney, who stepped down after 21 years. 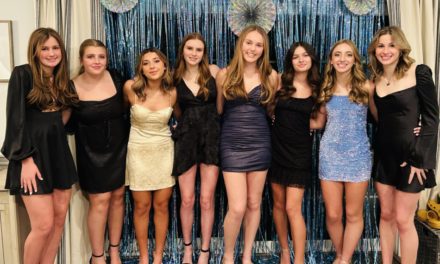