Batter up for the Melrose Americans 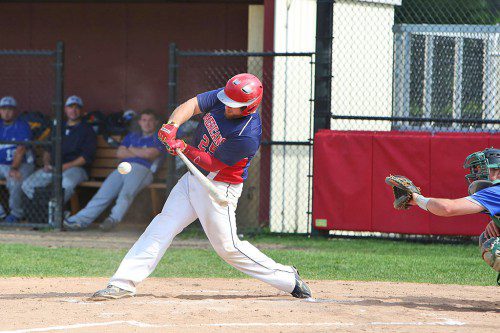 The Americans (formerly the Medford Mustangs) moved to the newly renovated Morelli Field in Melrose in 2013, to pick up where the Gately Rams left off in the 1980s and 1990s. The Melrose Americans are managed by Kevin Burgoyne and coached by Orazio Azzarello.

On the mound, look for hurlers Mike Andrews, Gianni Esposito and Anthony Dally to toss for Melrose, while area baseball fans might want to check out the defensive work of shortstop Vinny Scifo, a sophomore starter for the Div. 1 University of Massachusetts Minuteman baseball team, who is widely considered one of the best shortstops in the area. Behind the plate look for sharp hitting from Mike Addessa, Anthony Liciardello, Colby Maoila, Ian Steckel and Chris Sharpe, a group who are all batting nicely to start the season.

At press time the Americans are off to a 2-2 season after play began on June 8 when they shut out the Somerville Thunder 3-0 in their season opener at Morelli Field. The Americans got six innings of shut out pitching from Mike Andrews and big bats from Matt Brown and Brian Carney.

An additional win came in an exciting, eight inning, 3-2 victory against the Wakefield Merchants (1-4) at Walsh Field in Wakefield on Saturday, June 14. Melrose scored two runs in the top of the eight and held on for victory and gave up just two hits on the mound. Colby Maiola (3-4, RBI), Chris Sharpe (2-4, 2 RBI), and Ian Steckel (2-4), led the Americans at the plate while Gianni Esposito (1-0) earned a win in his two innings of relief work. Melrose scored first in the second inning when Colby Maiola singled to left to bring in Ian Steckel. Melrose loaded the bases in the fourth but Wakefield pitcher Darren Bisso ended the inning with no damage. The Merchants tied the game 1-1 in the bottom of the fifth inning on a sac fly by Mike Sorrentino. Melrose took the lead in the top of the eighth inning when Chris Sharpe hit a two-run single for the 3-1 edge, which they held on to in the eventual 3-2 win.

Sport fans can see a rematch on Monday when Melrose hosts the Wakefield Merchants at Morelli Field at 7:30 p.m. A full Americans schedule also appears in this section. 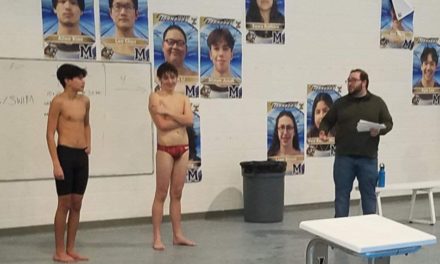