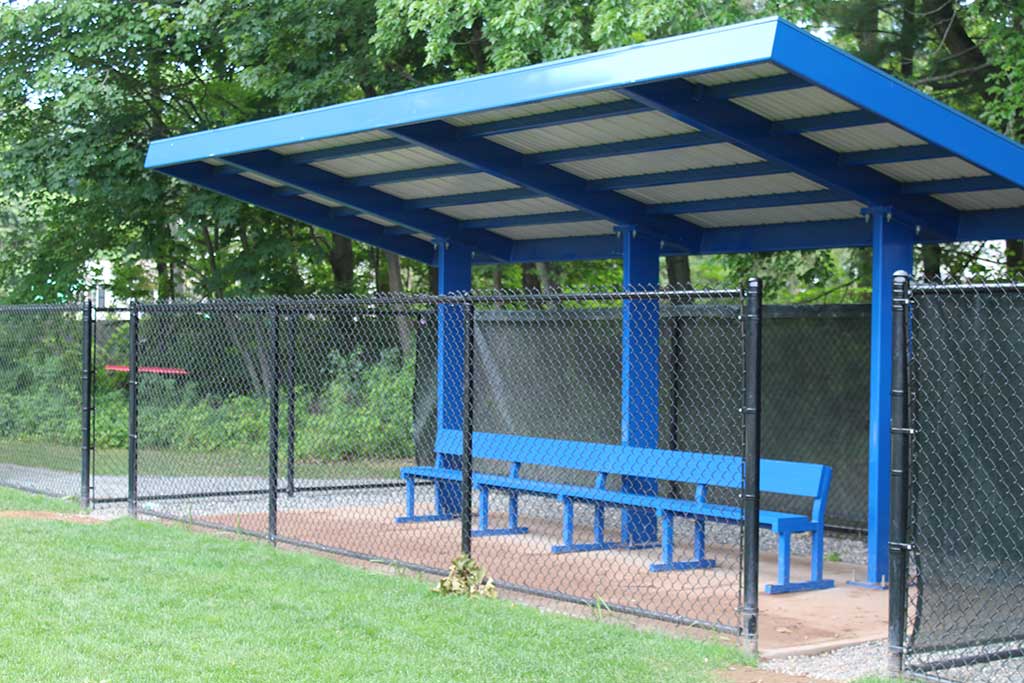 LYNNFIELD — The town-wide fields project is progressing but more work needs to be done, said Fields Committee Chairman Arthur Bourque in an interview with the Villager last week.

“It’s a beautiful park,” said Bourque. “We redid the base paths, the infield and the outfield. It’s in really good shape and it has been well maintained.”

Bourque said the Glen Meadow field project also entailed installing two new dugouts, totaling $17,000 each. He said new clay was installed on the field, which needs to be kept moist.

“If you keep it moist, it’s really good to play on,” said Bourque.

Bourque also noted new bleachers have been installed at Glen Meadow Park for parents to sit and cheer on their Little Leaguers.

According to Bourque, construction of the Newhall fields are “pretty much done” and the new tennis court are inching closer to being completed. He said new dugouts have been installed and the drainage system has been fixed. He also said handicap parking spaces are close to being competed.

While the Newhall project is progressing, Bourque acknowledged there are several issues that still need to be addressed.

Bourque said he has engaged in discussions with Department of Public Works Director Andrew Lafferty about pulling Newhall “out of service” for a year.

“Newhall still needs some work done,” said Bourque. “We are trying to figure out a way to pull that field out of service for a year so we can do some slice seeding, put some chemicals down and bring the grass back. We want the field to be like Glen Meadow. Right now, the field is being used from the day it opens in March right through the summer and the prime time for work is the time when kids are playing on them. The problem is we have always had an insufficient number of fields, particularly baseball fields. We have enough to play on but we have an insufficient number to pull one of them out of service. That is what we are dealing with. We will get it done. It’s an arduous process.”

Bourque said the middle school baseball field project is going to begin in a couple of weeks and will be “coming out of service” temporarily. He said the field should be ready when school opens in September.

According to Bourque, new grass and a well-based irrigation system will be installed at Huckleberry Hill School’s all-purpose field. He said the Summer Street School softball field is going to be redone. The rubber playing surfaces at the two elementary school playgrounds have been completed.

According to Bourque, the Jordan Park project is currently in “limbo.” He said local officials are planning on requesting additional funds to do some more work at other fields in town, including Jordan and Newhall.

“There is probably a supplemental fields package coming at the October or April Town Meeting to do some more work at the other fields including Jordan Park,” said Bourque.