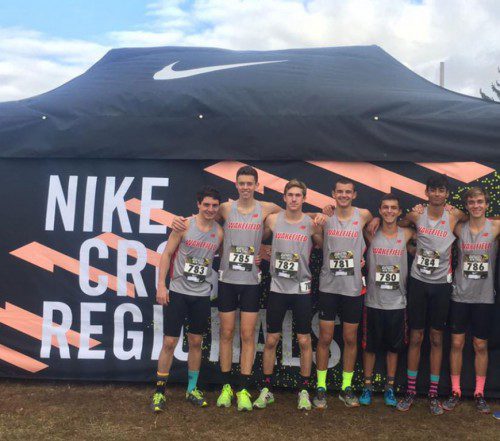 The Warriors were accepted into the championship division based on their Div. 2 All-State runner up performance the previous week.

Forty-one of the best teams from New England, New Jersey and Pennsylvania competed to see which two teams would earn a trip to Nike Nationals in Oregon.

The Warriors competed on the challenging Bowdoin Park course for the first time in program history. Although it wasn’t their best race of the season they were able to experience incredible competition from throughout the Northeast. They placed 26th out of the 41 teams entered into the Championship race with a score of 646.

Hopedale, the Div. 2 All-State Championship from the week prior, finished just ahead of the Warriors in 24th place. The Blue Devils scored 609 points.

There were 309 runners who competed in the championship race.

Nick McGee, a senior, was the first Warrior to cross the finish line placing 103rd in a time of 17:21.

The seventh Wakefield runner was sophomore Rohan Singhvi. Singhvi placed 239th in a time of 18:29.

The Warriors will now rest up before shifting their focus on the indoor track season. 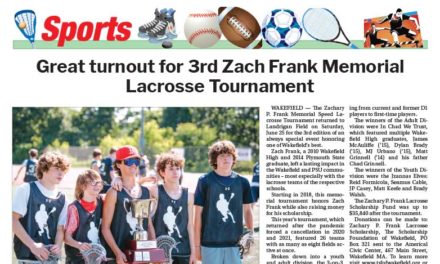