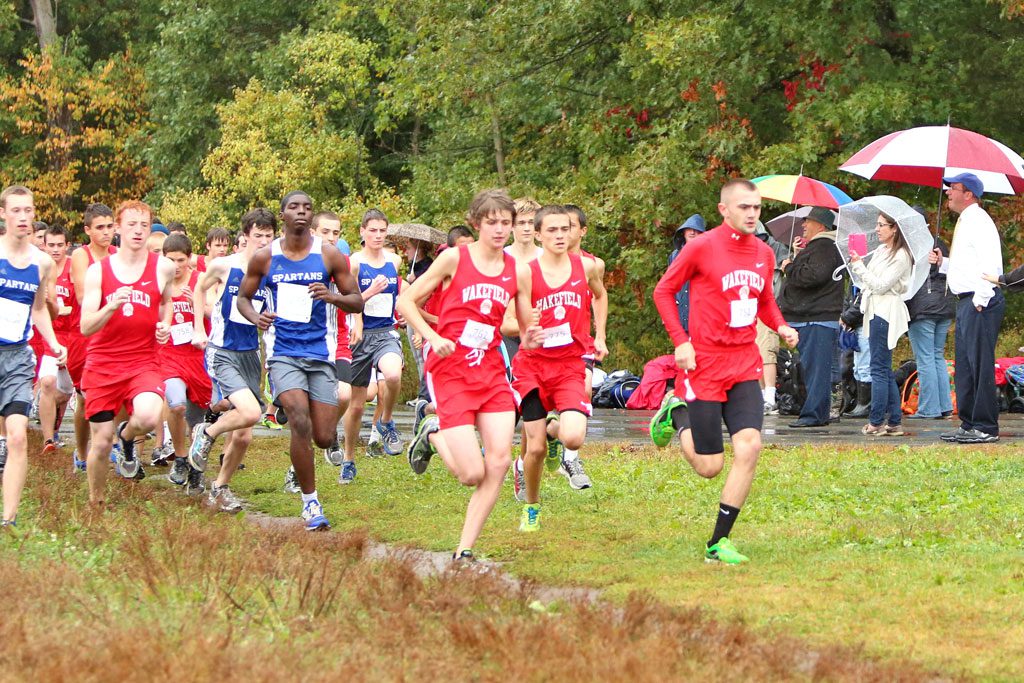 WAKEFIELD — After being on the road for three straight meets, no one could’ve faulted the Warrior runners on the boyas’ cross country team if they didn’t recognize their surroundings at the Beasley Track and Field course.

Wakefield was truly glad to be back at home in more ways than one as it also ran past Wilmington, 15-49, yesterday afternoon to increase their record to 4-1 overall and 3-0 in the Middlesex League Freedom division.

Junior Alec Rodgers led from wire to wire as he ran a time of 16:53 followed in second place by junior Richie Custodio in a time of 17:21.

Then Wakefield secured eighth and ninth places behind the efforts of sophomore Jackson Kehoe (18:06) and Robert Shaw (18:19).

“The boys stuck together through the first half of the race. It was great to see them come out and compete from the gun,” said Coach Perry Pappas. “They ran some good times and (we) got some big improvements from Greatorex, Kehoe, Shaw, Stanfield and Frezza. Every week new members of the team step up and perform. I’m excited about the future of this program.”

The Warriors will face Melrose (5-0 overall, 3-0 in the M.L. Freedom division) in a showdown for first place next Tuesday afternoon at 3:45 p.m. at Beasley.