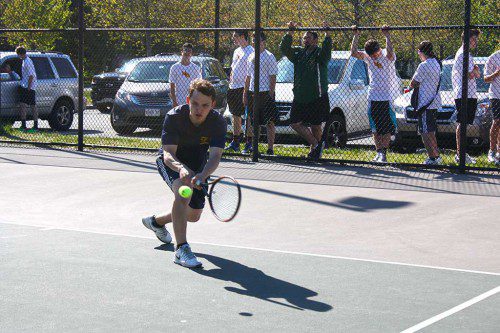 LYNNFIELD — The 2016 season has come to a close for the boys’ tennis team. The Pioneers finished the season with a 5-11 record.

“I am very pleased with the improvements each player has made throughout the season,” said Pioneers head coach Joe Dunn.

The Pioneers will be saying goodbye to senior captains Bronshvayg and Joshua Book as well as senior Kyle Prouty this spring. While all three seniors will be missed, the locals have a strong nucleus returning next season including Lamusta, Seelig, Rothermund, Correa, Gentile and Pavao.

“We have a young, athletic team that wants to continue to develop their tennis skills for a winning season next year,” said Dunn.