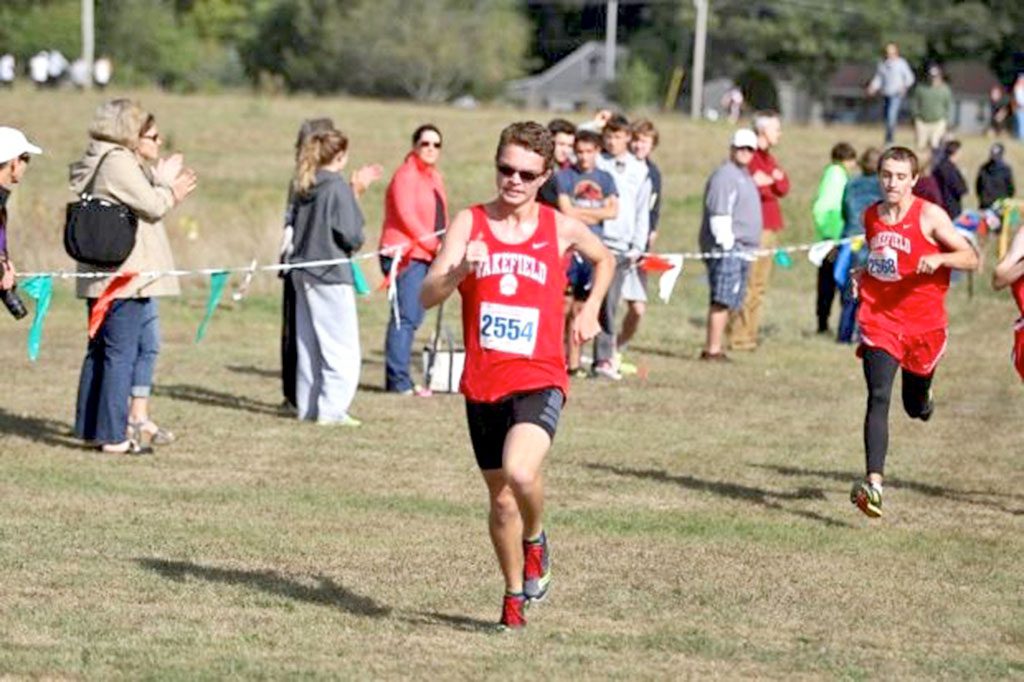 JEREMY KEEGAN, a senior, posted a first place for the first time in his career in Wakefield’s 15-50 victory over Wilmington yesterday afternoon at Wilmington High School. Keegan clocked in at 17:52 to win the race.

WILMINGTON — Even though the runners on the Wakefield Memorial High boys’ cross country team just competed on Saturday at the Frank Kelley Invitational Meet, the Warriors didn’t miss a beat in their Middlesex League Freedom division contest against Wilmington.

Wakefield rolled to its third dual meet victory of the season and second in the league as it blanked the Wildcats, 15-50, at Wilmington High School.

Despite the score, Wakefield had to work hard to earn the shutout.

“It was tough to come back from a hard effort just three days ago but the boys worked hard to position themselves up front,” said Coach Perry Pappas.

Jeremy Keegan, a senior, won the first race of his career with a personal best time of 17:52. Senior Tyler Whipple placed a strong second in 17:56, a personal best. Sophomore Robert Shaw ran well to finish third in 18:11.

After Wilmington’s top runner crossed the finish line, senior Adam D’Ambrosio was 17th in a time of 19:16.

The Warriors, who are 3-0 overall and 2-0 in the league, will face undefeated Melrose on Tuesday, Oct. 6 in a M.L. Freedom division showdown of unbeaten teams at the Greenwood Park Course.