Cities will work with Wynn on casino benefits

MELROSE — Mayor Rob Dolan said this week it is important that officials from the area hold Wynn Resorts to the promise it made several months ago to help communities if given a license to operate a casino in Everett.

“We have a deal with them,” Dolan said Wednesday, a few hours after Wynn Resorts and Massachusetts gambling regulators finalized the license for a $1.6 billion casino outside Boston. “It isn’t as lucrative as the one we had with Mohegan Sun, but Wynn has pledged to help with traffic mitigation and any other impacts on surrounding communities their casino would have.”

Wynn beat out Mohegan Sun’s bid to build a casino and resort at Suffolk Downs in Revere. Melrose and other so-called “surrounding communities” would have received several benefits in the Mohegan Sun deal, not the least of which was a $50,000 annual payment.

Wynn won the right to build a casino on Boston’s doorstep in part because of its track record of success in competitive gambling jurisdictions, including Las Vegas and Asia, said James McHugh, acting commissioner of the Massachusetts Gaming Commission.

It’s also “taking on an enormous challenge” in redeveloping a heavily polluted former chemical plant site along the Mystic River in Everett, he said.

Dolan said he and others would work with Wynn if a law allowing casinos is not repealed at the November 4 ballot.

Back in January, Dolan said, “Regardless of how you feel about gaming in Massachusetts, gaming is the law of the Commonwealth and it is critical that Melrose prepare itself for this new era. A great deal of work was done by our Legal and Planning departments to advocate for Melrose’s interests, now and in the future.” Dolan also acknowledged work done by former City Solicitor John Cinella, who helped provide some history of the bordering sites (planned for a casino) from studies that were completed in the 1980s.

Melrose falls within a certain distance of both the Revere and Everett sites. The city was able to include itself in a Surrounding Communities Agreement, arguing that city interests would be affected by a casino.

In a draft of the agreement the communities have with Wynn MA, LLC, the general benefits are:

1) Participation in Wynn’s “Concierge Program” which is intended to recognize the unique cultural, historical and entertainment attractions in Melrose that are near the project and provide for cross-marketing opportunities for these attractions. Melrose has agreed to participate in the cross-marketing venture for the purpose of promoting its local businesses and other attractions. Prior to the opening of the project, “the parties will work together and in coordination with the Melrose Chamber of Commerce to include the city’s businesses in the Concierge Program so that they may benefit from the project.”

2) Participation in Wynn’s “WE Save” program which offers local business of all industries the opportunity to market their offerings to Wynn’s 4,000 employees, hopefully creating new and repeat customers. As part of the program, Wynn has also agreed to purchase gift vouchers from local businesses within the city and intends to use a portion of these vouchers to drive employee spending in Melrose, stimulating retail activity here.

3) Wynn will coordinate with the city to hold vendor fairs that provide Melrose businesses with information concerning the process of providing goods and services to the project boh during and post-construction. Wynn also agrees to work with and assist local businesses to become “Wynn-certified” to ensure that such businesses are prepared to take advantage of the business opportunities provided by the project.

4) Wynn, in coordination with the city, will advertise and hold at least one event open to Melrose residents at which which it will publicize its construction needs and explain to attendees the process by which they may seek to be hired in connection with the construction of the project. Prior to beginning the process of hiring employees for the project, Wynn will advertise and hold at least one employment event for residents.

6) The city will have access to the Community Mitigation Fund established by the Massachusetts Gaming Act.

On Wednesday, Gambling Commission members signed the license at the Boston teacher’s union hall in Dorcester, along with representatives from Las Vegas-based Wynn, a day after the commission picked it over rival Mohegan Sun’s $1.1 billion plan for the Suffolk Downs horse racing track in Revere.

Going forward, McHugh promised the commission will work to preserve thoroughbred horse racing in the Bay State, now that the lone track, Suffolk Downs, says it will likely have to close because Mohegan Sun has lost its bid.

Wynn will now turn its attention to the work of opening the resort, including securing the permits required to do the environmental cleanup on the site, said Robert DeSalvio, a senior vice president for development.

DeSalvio said the casino company has not decided at this point to wade into the campaign to defeat the November ballot question to repeal the state’s casino law.

MGM Resorts and Penn National Gaming, who have won state gambling licenses as well, have pumped at least $1.7 million into a political action committee working to defeat the ballot question.

Wynn proposes a resort casino complex on about 30 acres that will include a 27-story hotel with about 500 rooms; 3,000 square feet of meeting and convention space; 94,000 square feet for shopping and retail; about 8 restaurants; and 3,000 slot machines and 150 table games.

Wynn says the development will propose about 4,380 permanent jobs when the casino opens in about three years and about 3,700 temporary jobs during construction.

On Tuesday, the Massachusetts Gaming Commission voted 3-to-1 Tuesday to award the license to the Las Vegas casino giant, which wants to turn a former Monsanto chemical plant site into a gleaming casino resort.

The license is the third the commission has issued. By law, it can authorize licenses for three regional resort casinos and one slot parlor.

Wynn Resorts Chairman and CEO Steve Wynn said in a statement he hopes the decision will help ease tense relations between the casino, Boston and some neighboring cities.

“We expect that now that a decision has been made, everybody will find it much easier to relate to one another, get on with the job of creating jobs and building a better life for the citizens of Everett and the surrounding communities in the Greater Boston area,” he said.

“It’s going to be a snowball that just gets bigger and bigger,” he said. “You won’t recognize the city of Everett hopefully in ten years. We’ll no longer be the butt-end of Boston.”

Mohegan Sun, which had proposed a $1.1 billion casino at the Suffolk Downs horse racing track in Revere, said it was “extremely disappointed” and still believes its proposal “met or exceeded” all the commission’s conditions.

Regulators rated the tribe-owned casino’s plan lower because it appeared more focused on drawing revenue from Boston-area residents and not encroaching on its flagship Connecticut casino’s customer base.

Without the Mohegan Sun project, Suffolk Downs, the state’s lone remaining thoroughbred horse racing track, said it would likely be forced to close, “resulting in unemployment and uncertainty for many hard-working people.”

Wynn, notably, faced allegations that convicted criminals would profit from its deal to purchase the Everett land, in violation of state gambling regulations. But the commission’s investigative staff determined the company had sufficiently addressed those concerns.

In a statement, the mayor said his administration is evaluating the panel’s decision. He said Wynn’s current financial compensation offer to Boston, which it upped to more than $75 million on Tuesday, remains unacceptable.

Wynn conceded to a number of demands from regulators during the final proceedings, including an agreement to propose alternate designs for its 27-story glass hotel tower. The company also agreed to pay more toward long-term plans to address traffic through Sullivan Square in nearby Boston.

The commissioners ultimately were convinced Wynn’s plan better fit what state lawmakers had envisioned when they passed legislation in 2011 allowing for casinos. Commissioners noted that Wynn promised to pay workers better wages and proposed spending millions of dollars more in construction costs than Mohegan Sun.

Acting Gaming Commission Chairman McHugh, the lone voice of dissent, expressed doubts that the Wynn project could actually open on time, given the challenges in addressing Boston’s traffic concerns and the environmental cleanup on the roughly 30-acre site.

Previously, the commission awarded licenses to MGM Resorts International for an $800 million resort in Springfield, pending the November repeal vote; and to Penn National Gaming for its $225 million slots parlor project at the Plainridge harness racing track in Plainville. 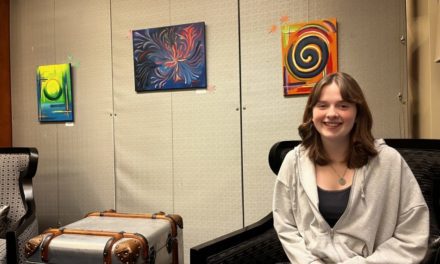