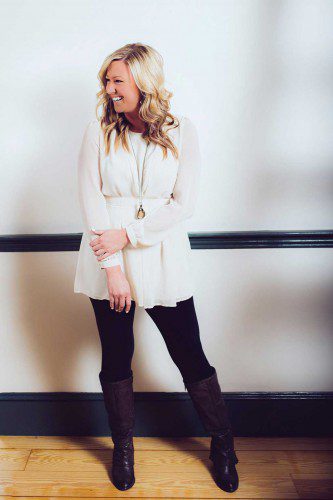 Countryfest, the entertainment event of the summer in Lynnfield, will transform the town common into a five hour celebration of country music and culture on Saturday, July 23.

If you like great country-rock music and food, mechanical bull riding, line dancing, corn hole tournaments and yes, even beer, then there’s no need to travel any farther than the center of town to enjoy all of the above from 3 to 8 p.m.

The all-ages event sponsored by Lynnfield Recreation features Annie Brobst and her band as the headline act with rising star Alec MacGillivray and his band as the opening act. MacGillivray will perform from 3-5 p.m. followed by Brobst from 5:30-8 p.m.

The excitement surrounding this first of its kind event sponsored by Lynnfield Rec is brewing, according to Rec Director Julie Mallett, who is a huge fan of country music herself and was instrumental in envisioning this event and bringing it to town.

Mallett and her event subcommittee are eagerly looking forward to transforming the common into a festive and casual country music party. In addition to enjoying the music, concert-goers can participant in the games, mingle with the artists, learn new dance steps, visit the beer and wine garden and the food trucks, relax in the haybale seating areas and meet the DJ’s from 101.7 The Bull radio station who will make an appearance during the show.

Brobst, a native of Columbus, Ohio, won the 2016 Country Act of the Year award presented by the New England Music Awards. She has opened for such stars as the Marshall Tucker Band, Eli Young Band and Lee Brice. The former middle school Spanish teacher recently left the teaching profession to pursue her music career full-time. She’ll be releasing a five-song CD in September. For more information, visit AnnieBrobstMusic.com.

In a recent interview with the Villager, Brobst shared why she is so passionate about performing: “I love providing the soundtrack to the best nights of my friends’ and fans’ lives — their smiles, laughter and genuine positivity at shows as I look out at them will always be priceless to me.”

MacGillivray is a Massachusetts native and former football player at Bentley University who moved to Nashville to pursue his dream career. He has opened for acts such as Keith Urban, Kellie Picker and Gloriana. His original tunes can be found on YouTube and Spotify.

Get tickets online or at gate

Fans can purchase their tickets either online or at the gate. “Tickets are $20 if purchased by Friday, July 22 and $25 at the gate on Saturday,” Mallett said.

Ample free parking will be provided at Lynnfield Middle School, 505 Main St., a short walk to the town common.

No outside coolers will be allowed to be brought to Countryfest. South Common Street will be shut down to traffic and the access to the common will be restricted to ticket-holders during the event. The area will be monitored by five police detail officers.

Although it is an all-ages show with family-centered entertainment, to make it more convenient for parents with young children to attend the concert, child care with games, entertainment and food will be provided by trained Lynnfield Rec staff at the Lynnfield Middle School for an additional fee of $10 per child. (Minimum age: 6 and up; child must have completed kindergarten or be entering at least first grade in the fall.)

“Parents need to register their children by Friday, July 22 to secure their spots for child care,” Mallett told the Villager.

Tickets for both the Countryfest show and the Countryfest Kids Care program can be purchased in advance either in person at the Lynnfield Rec office at Town Hall, 55 Summer St. or online. To order tickets online use the link on the Lynnfield Rec page of the town’s website (www.town.lynnfield.ma.us/rec), then follow the steps to create an account and click on the specific event sign-up links for the show and the child care.