Dias raises $2,500 for pediatric cancer to honor his late sister 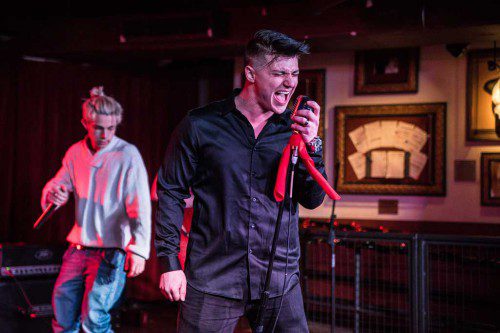 Dias’ connection to pediatric cancer is very personal because his younger sister Gianna was diagnosed with chordoma, a rare spinal cancer, in 2010 at the age of 13, and received treatment at Mass General. Gianna sadly lost her battle with cancer in July of 2012 at the age of 15.

Gianna and Joe were very close and she had always encouraged her brother to pursue his passion, which is music. Since her passing, Joe has dedicated his time and music career to inspiring others and helping pediatric cancer patients in many ways, such as raising awareness of their plight along with raising funds to donate toward pediatric cancer research or to buy toys that will help bring some joy to pediatric patients during their hospital stays.

Last May, Joe held a fundraising concert at the Middle East in Cambridge which raised $1,500. He used the money to buy toys, which he personally delivered to pediatric patients on Ellison 18 at Mass General, where his sister received her care. These patients range in age from 5 to 19 years.