Fire Lt. Cohen to be honored by Rockport police 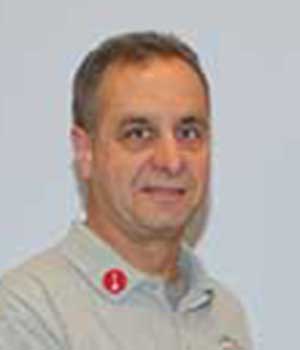 LYNNFIELD — Lynnfield Fire Chief Mark Tetreault has announced that Lynnfield Fire Lieutenant Ted Cohen will be awarded the Civilian Service Award from the Rockport Police Department on Tuesday, Oct. 25 at 6 p.m. The ceremony will take place at the Rockport Public Library, Brenner Room.

The award is being presented in recognition of a rescue incident that occurred last year.

“In September of 2015, Lt. Cohen was instrumental in the rescue of a diver in distress off Pebble Beach in Rockport,” Tetreault said. Cohen received recognition from the Lynnfield Fire Department and the Lynnfield Board of Selectmen last fall.

“Too often the great work of first responders goes unnoticed. Lieutenant Cohen’s actions are deserving of recognition and therefore I want to commend him for his life saving efforts and assistance in ensuring the safety of the Rockport community during this incident,” Rockport Police Chief John Horvath wrote in a letter he sent to Tetreault last fall.

In an interview with the Villager last fall, Cohen recalled that he had been in between dives for his open water dive certification class at Pebble Beach with Undersea Divers of Beverly talking with another couple when he spotted a diver in full gear who was clearly in distress 40 to 60 yards offshore. He instructed the couple to call 9-1-1, grabbed his gear and ran into the ocean.

His only thought was to get to the man before he went under.

“I swam out to him, grabbed control of him, inflated his BCD (buoyancy compensator), told him he was safe and I was going to pull him in,” Cohen told the Villager. He learned that the man’s diving partner was still in the water getting lobsters and was safe.

Once they reached shore, Cohen called Rockport’s emergency dispatch to let them know the diver was safe and there was no need for rescue boats or the harbormaster to respond. An ambulance and police cruiser were dispatched to the scene.

As it turned out, the man’s drysuit had a tear near the collar and he had begun to take on water. This is dangerous, Cohen explained, because drysuits are designed to keep the diver dry whereas wetsuits use the diver’s body heat to warm up the layer of water that forms between the body and suit.

Cohen never found out the name of the man he had rescued, but he did thank him. Cohen has been a Lynnfield call firefighter for 15 years.