The Reid R. Sacco Cancer Alliance was founded in 2005 in honor of Reid Sacco, a Lynnfield High School Class of 2003 graduate who passed away in April 2005 after a two-year battle with sarcoma.

Over the course of his two-year battle with sarcoma, Reid envisioned starting a movement to find new treatments — and someday a cure — for the cancers striking his age group. The Reid R. Sacco Cancer Alliance, formerly called the Reid R. Sacco Memorial Foundation, was established to carry on Reid’s dream and help fulfill his wish. The organization founded the Reid’s Ride bike-a-thon, which has become one of Lynnfield’s most highly anticipated and beloved events. The 10th annual Reid’s Ride raised $165,000 and featured 444 cyclists last year.

Reid’s Run seeks to build on the tradition established by Reid’s Ride.

“I went to high school with Reid and I have been involved with Reid R. Sacco Cancer Alliance since day one,” said Meaghan Harrigan, who is organizing the run. “We are looking to expand our calendar of events to help raise awareness for our cause. I am an active runner and I brought the idea up to the board. Lorraine (Sacco) was very supportive of the idea. She had a vision of holding similar runs on a nationwide scale.”

Harrigan said the route for Reid’s Run is similar to the Rotary Club’s Turkey Trot 5K route. The road race will begin at MarketStreet and runners will start the road race by turning left onto Walnut Street. Afterward, runners will turn right on Gerry Road and will turn left onto Temple Road.

Runners will then proceed to turn left onto Westway before making a final left back onto Walnut Street. The 5K will conclude at MarketStreet.

The road race’s first 150 registered participants will be given a T-shirt. Registration fees are $25 in advance, plus processing fees, and $30 on race day. Townspeople can register for Reid’s Run by visiting https://www.lightboxreg.com/reids-run?func=&mobile=0.

“Our goal is to have at least 150 participants our first year,” said Harrigan.

In addition to the Lynnfield Reid’s Run, a second Reid’s Run 5K will be held at Farming Hills, Farmington, Conn. on Saturday, April 18.

The Connecticut Reid’s Run will begin registering race participants at 8 a.m. The 5K will begin at 9 a.m. and an awards ceremony will take place at 10 a.m. Similar to the Lynnfield run, awards will be given to the respective male and female winners as well as age group winners.

The cost for pre-registration for the Connecticut race is $25, which will increase to $30 per person on race day. The first 150 participants will receive a T-shirt, but T-shirt sizes will be limited.

Proceeds from both runs will be donated to the Reid R. Sacco AYA Cancer Alliance.

According to Harrigan, the Cancer Alliance is looking to launch similar Reid’s Run 5Ks in Maine, New York and California.

“Reid was always willing to help people,” said Harrigan. “He was active in high school and helped bring a swim team to the high school. He was always helping his teammates work on different strokes. He always enjoyed helping other people and starting something to help others who are battling the same disease he had is the perfect tribute for him.”

If townspeople would like to learn more about Reid’s Run, they should contact Harrigan at [email protected] 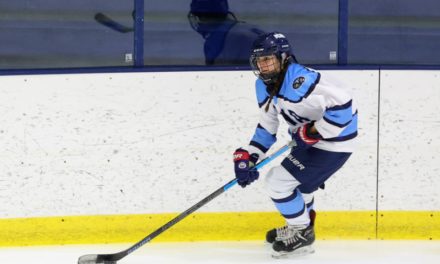