LYNNFIELD — The school system’s METCO program is in good shape, according to Director Lelo Masamba, who provided the School Committee with a status update last week.

METCO is a private, non-profit volunteer organization that was founded in 1966. It was a cooperative venture launched by parents, educators and suburban residents who believed that quality, integrated education should not have to wait until Boston schools were desegregated. The Racial Imbalance Act was signed into law in August 1965 and in October, meetings were held to discuss a plan for educational cooperation between suburban school systems and Boston.

Masamba noted that last year there was no METCO assistant at the Summer Street School but that Wanda Hines, a METCO parent, has been hired to fill that position. METCO assistants, she explained, support students in the classroom and work with elementary school children before school to help with homework completion and skill development in reading, writing and arithmetic.

Masamba told the School Committee that Lynnfield’s METCO program has a total enrollment of 40 students. The high school and the middle school have 10 students each. There are 20 students in the elementary schools, with 11 at the Summer Street School and nine at Huckleberry Hill. She said that one former student did transfer to another district because he had a sibling in the other school system.

All grade 10 students who took the MCAS are in good standing, Masamba said. She reported that three METCO students graduated from Lynnfield High School in 2014 and all three are now successfully enrolled at Bunker Hill Comm. College.

Two of the METCO students at Lynnfield High School are playing football this year, Masamba said. One also plans to play basketball later this year while the other will play baseball in the spring. In addition, one METCO middle school student is also involved with youth football.

In other activities, Masamba said that two of the High School students have initiated discussions to start a Diversity/Multicultural Club. One of the middle school METCO students is acting in a play, Masamba said.

She reported that a METCO Advisory Board has been formed to look at ways to improve the program. The first initiative was the creation of a summer program for students. She said that the program serves as a way for students to keep in touch with friends over the summer.

She said that teachers have indicated to her that student skill development is greatly aided by homework, which also helps teachers identify areas where a student may be struggling.

Masamba reviewed some of the highlights of the 2014-2015 METCO program, including the “METCO Family Cookout” and “Friday Night at the Museum,” which she said provided opportunities for Boston families and host families to interact. 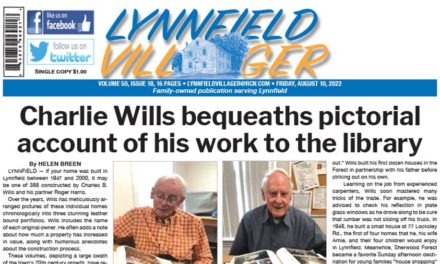