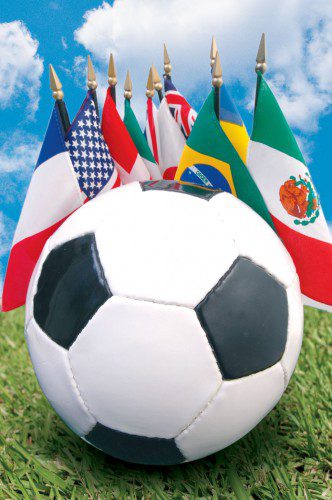 Admission to both games is free and will include the traditional pre-game pomp and circumstance to welcome the visiting team to their host town.

Lynnfield resident Spiros Tourkakis, president of the Boston Braves F.C., arranged this exchange with the professional veterans and is proud of the fact that the Braves are the first American club team “to host the veterans of one of the world’s most successful clubs.”

“The veteran team we will face represents the best club in Germany,” Tourkakis stated. “It has helped shape the team that won the World Cup of 1990. These players are the predecessors of Bayern’s current squad.”

Tourkakis added, “Bayern, year after year, provides the skeleton for Germany’s national team, including the one that last year won the World Cup in Brazil.”

The Boston Braves will also select two Lynnfield High School soccer players and two adult players from the Lynnfield F.C. and give them the opportunity to play soccer, socialize and be photographed with the Bayern Munich players during their visit here.

Tourkakis hopes that the townspeople will take advantage of this opportunity to experience world class soccer close to home, adding that these games are the fruits of two years of negotiations. He is also proud of the “substantial progress” his club has made in demonstrating its ability to “compete successfully against the world’s best veteran soccer players.”

“This is a great honor and I feel that we will be making history in Lynnfield,” he said.