Warriors have a host of top performances in victory 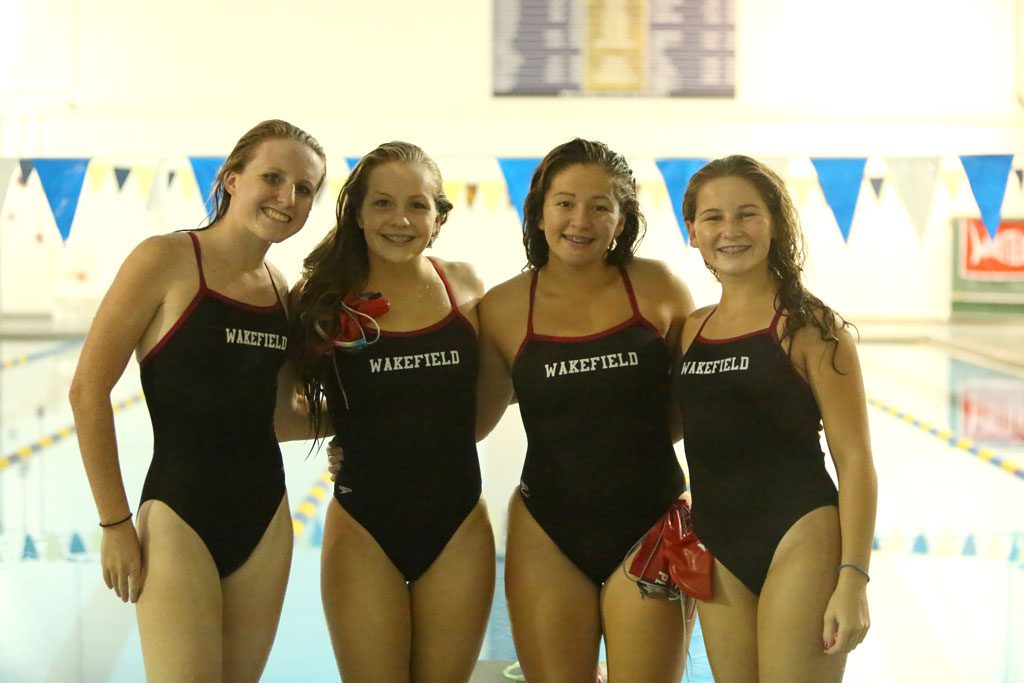 THE 400 freestyle relay team posted its best time of the season with a first place finish against Stoneham with a 4:03.94. The four swimmers were (left to right) Shannon Quirk, Madison Guay, Nicole Pecjo and Caroline Sweeney. (Donna Larsson File Photo)

MEDFORD — The Warrior girls’ swim team needed top five finishes and as many of them as it could get against Stoneham on Wednesday afternoon at the revamped Medford High School Pool. Wakefield had many terrific performances and pulled out a 92-77 victory.

The Warriors are now 2-4 on the season.

Wakefield had four first place finishes in the meet. The biggest was by the 400 freestyle relay team which recorded its best time of the season at 4:03.94. The four swimmers included Caroline Sweeney, Nicole Pecjo, Madison Guay and Shannon Quirk.

The Warriors also took first place in the 200 freestyle relay at 1:56.03. The four swimmers were Shannon Grady, Pecjo, Sweeney and Quirk.

Wakefield’s top finish in the 200 medley relay was a second place in a time of 2:14.20. The four swimmers included Grady, Hannah Melanson, Guay and Kim Green.

Junior Taylor Guarino and Green, a senior, claimed second and third place in the 50 freestyle as they clocked in at 29.65 points and 29.88 seconds, respectively.

Guay had a North sectional qualifying time in the 100 freestyle as she posted a time of 1:00.81. She came in third place.

Wakefield’s next dual meet is Wednesday afternoon at 4 p.m. against Belmont at Higgenbottom Pool in Belmont.