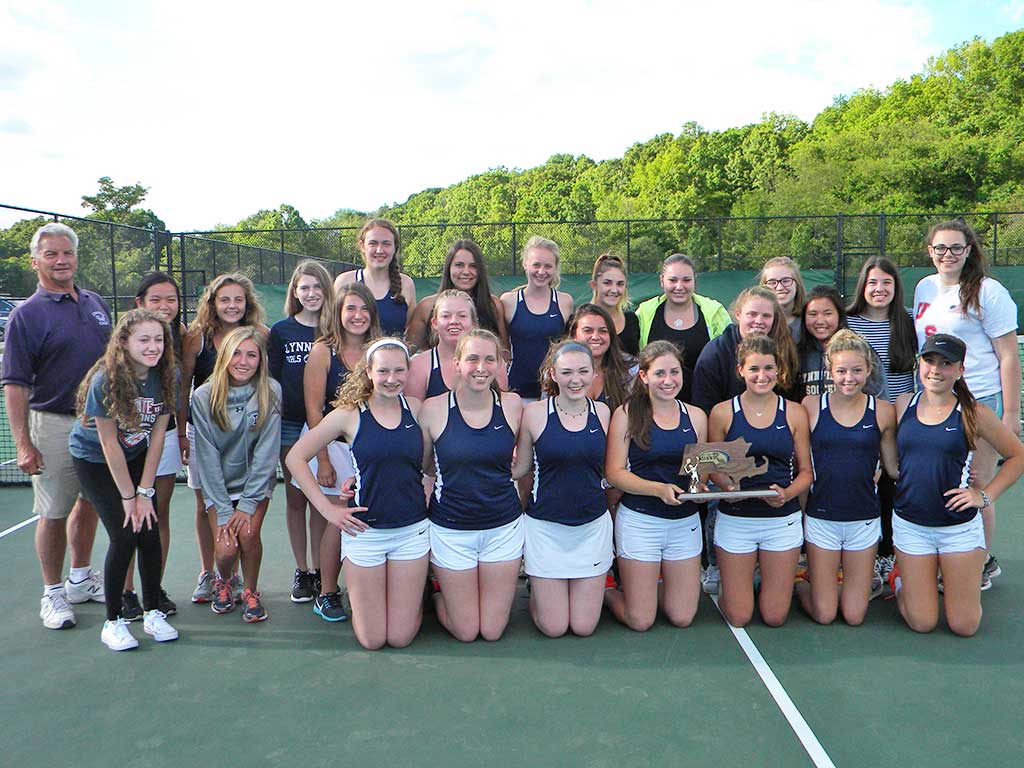 BEVERLY — The dynasty marches on.

“I am fortunate to coach in a community that values the sport of tennis and encourages players to continue to work hard during the offseason as well as during the season,” said Pioneers head coach Craig Stone. “We have been really, really lucky. There is an old adage out there that you are only as strong as your second doubles team and we are pretty strong at second doubles.”

“It’s amazing,” said Skelley. “I am extremely happy and I am just ready to play on Monday.”

“We were fired up and ready to go and we made it happen,” said Skelley. “We are happy we were able to contribute to the team.”

“We play an aggressive style of doubles,” said Stone. “Teams are going to struggle against us unless they do the same thing and do it better than us.”

“It’s great,” said Stelman. “This team is awesome and I love everybody on it. It’s been a really fun experience.”

“I am so pleased Amanda had the opportunity to get that third point,” said Stone. “It goes to show that, as we say on the wrestling mat, you have to keep grinding. “

Stone said he was pleased with Nevils’ performance against the Hornets.

“Katie went from the doubles court to the singles court and she has had an outstanding season,” said Stone. “She is such a good athlete. She just gets stronger as the matches go on.”

“Although Sarah came up short today, she has had her day many days over the course of the season and the course of her career,” said Stone. “Sarah has very high expectations because she is capable of playing at a high level. She adapted her game at the end when she was down 5-2. She played a much more steady, defensive-type of game and got it to 5-4.”

The Pioneers’ only loss of the regular season was a 4-1 loss to Manchester-Essex April 18. Lynnfield was missing most of its starting line in that contest due to school vacation week.

“I am pleased we were able to have the rematch with our full line-up intact,” said Stone. “We had a shot at five points coming in and as it appeared on the court, we still had a shot at five points. When you go into any match knowing you only have to win three out of five, you feel pretty optimistic. I was pretty optimistic coming in because of the level of tennis we are capable of playing. I really liked our match-ups.”

When asked how many times the Pioneers have faced Manchester-Essex in the finals since Stone started coaching the locals in 1981, Stone commented, “Put it this way, there has not been a Cape Ann League team in the finals other than Manchester or us since back in the 1980s when Pentucket had such a strong program.”