Warriors have a good showing, tops among Middlesex League teams 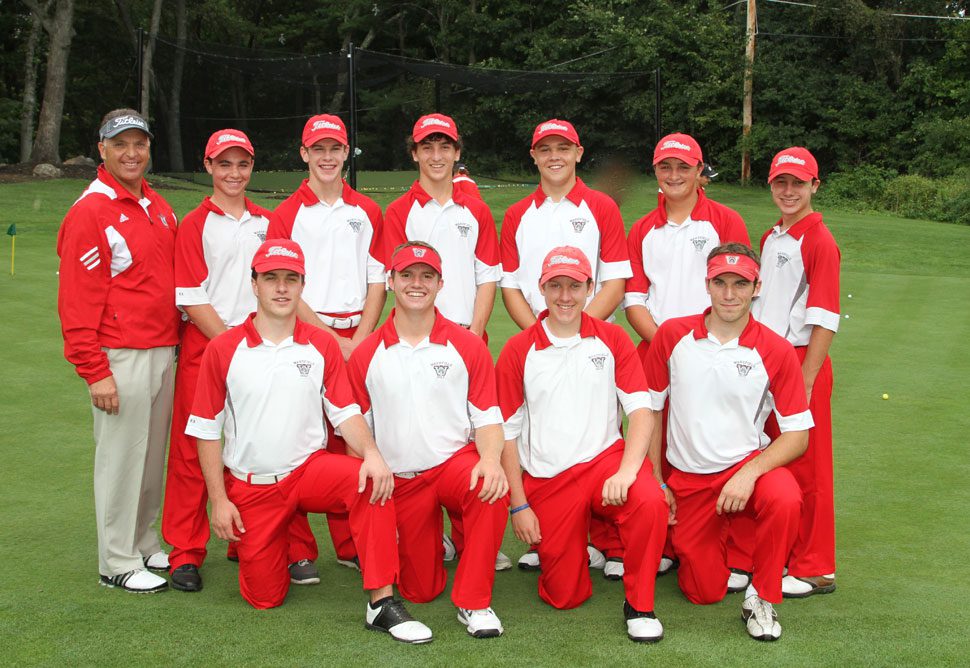 WEST BOXFORD — The 2014 season will go down in Wakefield Memorial High School sports history as one of the best seasons ever for the golf team. The Warriors capped off the fall campaign with a sixth place showing at the Div. 2 North Sectional Qualifier yesterday at the Far Corner Golf Course in West Boxford.

Wakefield scored 338 points to earn a sixth place finish and have one of its best showings ever in the postseason. There were 16 teams that qualified for the match.

Taking fourth and fifth place were Danvers and Beverly with scores of 329 and 331.

While the Warriors won’t advance, they were the top finishers among the Middlesex League teams in the Div. 2 North tourney. Belmont (340), Reading (340) and Winchester (340) came in eighth, ninth and 10th overall. Burlington and Woburn were 12th and 13th with scores of 346 and 365.

Also the other Wakefield school, Northeast Metro Tech, came in 16th with a score of 390.

Dylan Melanson shot a 44 on the first nine holes and 41 on the back nine to have a total of 85.

David Melanson had the best day of any Warrior golfer as he carded an 81 (41-40) and just missed the cut to qualify as an individual for the state tournament. The individual qualifying score was an 80 or lower.

Steven Melanson had a tough day and totaled a 97 as he shot a 51 on the first nine holes and a 46 on the last nine holes.

The Warriors wrapped up a fine season where they finished with a 12-5-1 overall record and were 8-3-0 in the Middlesex League Freedom division. Wakefield won a share of the M.L. Freedom division championship along with Burlington.

It was also the second year in a row that Wakefield clinched a berth in the North sectional tournament. Last year, Wakefield got into the state tournament with an 8-9 record as it finished in a two-way tie for second place in the M.L. Freedom division.

This season has also been Wakefield’s best since the team posted an 8-3 record in 1988 under then coach Dave Tropeano.

Northeast also made the North sectional qualifier as a team. The Knights’ top finisher was Chris Mitchell with an 87.