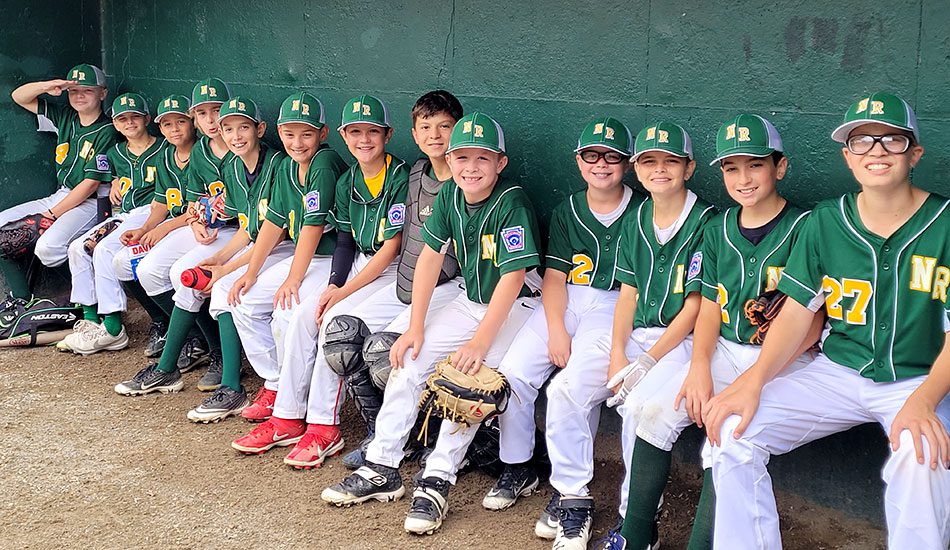 NORTH READING — By winning the Section 13 title going 5-1 the week before, the North Reading 11-year-Little League team participated in the Section 4 tournament this past weekend at Plains Park in Danvers.

North Reading ended up going 2-1 and tied for first place with Andover and Gloucester but those two teams advanced to the title game due to runs allowed as each team had less runs allowed that North Reading in the three games played.

“I was very proud of the team,” stated North Reading manager Ryan Fitzgerald, whose squad went 7-2 overall. “I knew we had a good team but they exceeded my expectations.”

In the final game on Sunday afternoon, they fell to Andover by a final of 5-1.

“Their pitcher (Griffin Murray) was lights out,” said Fitzgerald.

Murray went 5 1/3 innings (he was pulled due to the pitch limit). He gave up one run, four hits and struck out 13.

“He threw hard and was also able to change speeds,” explained Fitzgerald.

North Reading scored first in the first inning as Colin Brady scored on a passed ball. He reached base getting hit by a pitch.

Andover scored two runs in the second, two in the third and one more in the fifth.

Scott was the team’s lone multiple hitter going 2-for-3.

Hendrik Schomp led the way for the locals going 3-for-4 with two runs batted in. Harry Agganis and Ryan DiCarlo were both 2-for-2 at the dish while Brady went 2-for-3 with two RBI.

Drew Nichols was 1-for-1 with a walk and a team-high three RBI while Dylan Fitzgerald and Zachary Vautin were both 1-for-2. Vautin knocked in two runs while Fitzgerald had one RBI.

Vince Pagliuca was the winning pitcher going three innings. He gave up three runs, three hits, one walk and he struck out four.

In the opening game on July 16, North Reading beat Gloucester 7-3.

Scott was the hero with a walk-off grand-slam to left field in the bottom of the seventh.

“It was pretty cool,” said Fitzgerald. “His dad almost caught the ball which would have been really special.”

Scott went 3-for-4 to lead the offense while Schomp went 2-for-2 with one RBI. DiCarlo was the other multiple hitter going 2-for-3 with one RBI.

Vautin was the winning pitcher in relief as he pitched the top of the seventh giving up just one hit and no runs.