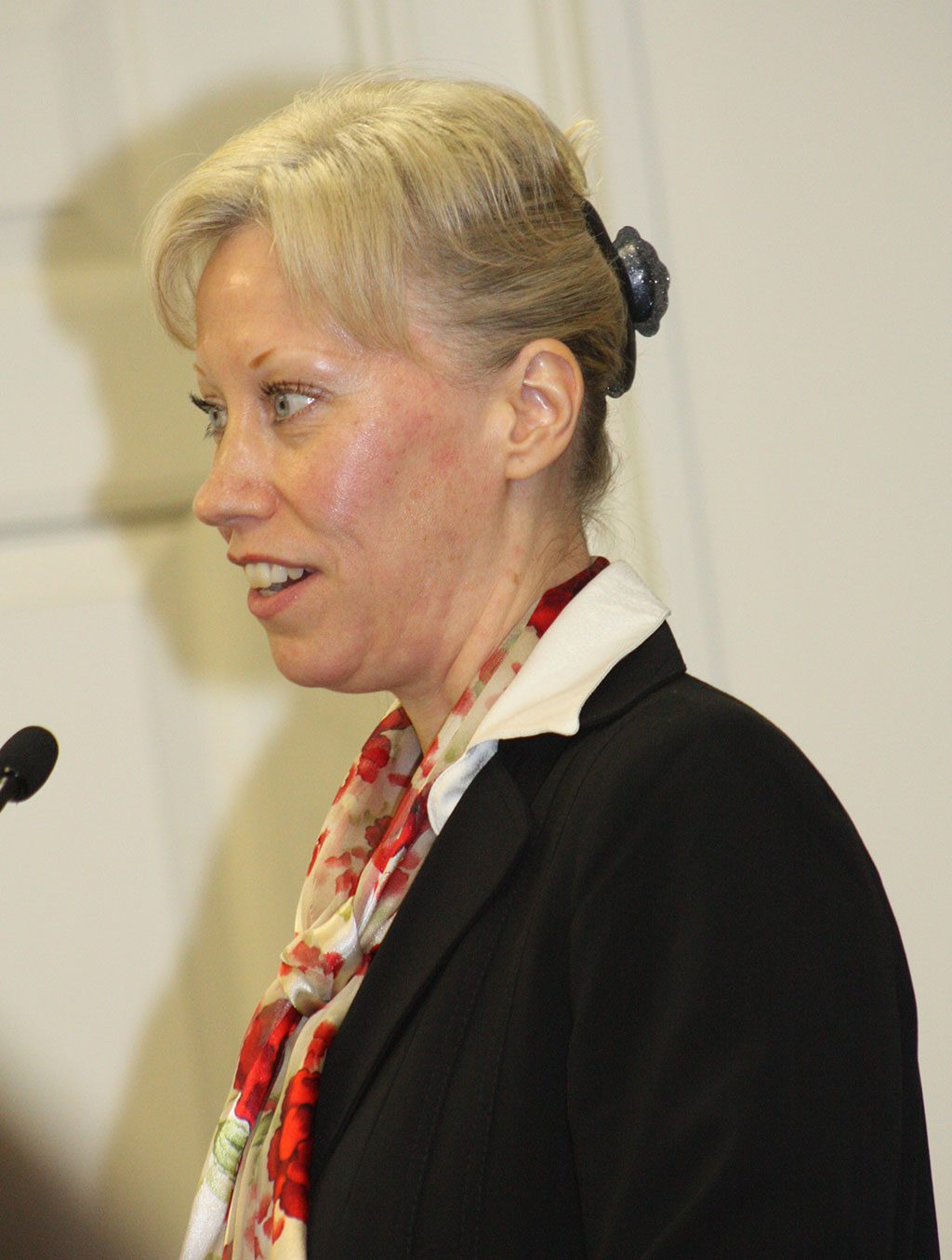 LYNNFIELD — Board of Health Director Kristin Esposito McRae submitted a preliminary budget request for fiscal year 2016 of $115,281 to the Board of Selectmen in the first phase of the review process leading up to April Town Meeting.

McRae said her budget outline matches what she presented at the budget summit in December, adding that it represents “a level services budget consistent with a 2 percent increase in administrator’s salary.”

Bill Gustus, who was sitting in his final meeting as town administrator at the Jan. 5 meeting, said there would be a bump in the salary line for the Board of Health budget consistent with the 2 percent contractual bump, which will increase the department’s total budget by about $1,395 to to $116,676. “The total increase in the budget is 1.5 percent overall. Salaries are down a little and expenses are up a little,” Gustus said.

During the first phase of the budget process in January and February, all department heads are given the opportunity to present their budget requests and justify the expenditures. The selectmen, town administrator and Finance Committee will issue official recommendations on the budgets requested by department heads closer to town meeting.

The bulk of the FY‘16 Health Dept. budget, $82,677, is devoted to salaries, of which $69,655 is McRae’s, who is the only full-time employee in the department. The other salary line item requests for part-time clerical/administrative support ($10,112) and animal inspector services ($2,500) are both lower than last year’s requests and the town physician is level funded at $410.

The subtotal for other services comes to $32,604, which includes a level-funded request of $20,900 for part-time sanitarians to fill the gaps in her schedule while she is performing inspections at MarketStreet or while there are multiple percolation tests scheduled in the field.

McRae said this breaks down roughly to $15,600 for Leo Cormier, who works one day per week, plus two on-call sanitarians at $4,100 for Joseph Reale and $1,200 for Derek Fullerton. Altogether, about $400 per week is needed to fill the gaps in the sanitarian services, she said.

McRae said the number of septic permits has increased to about 70 to 80 permits per year and they are required to have a registered sanitarian on site for several hours at a time. Plus the MarketStreet effect of additional restaurants and retail shops to inspect and re-inspect “will not go away,” she said.

“We can make it on this budget, it’s tight with no frills and no down time,” McRae said. She said one of the benefits to the town of retaining the contractual sanitarians is that the town does not have to pay for any fringe benefits. “I have three registered sanitarians so I think this is really great coverage,” she said.

Also included in this portion of the budget is $6,662 for the nurse who works one day per week. She said it was level funded but it did go into the red.

Selectman Phil Crawford said the Board of Health budget is “certainly reasonable for what you do and it is a heavy workload plus with Phase 2 of MarketStreet coming on next year under the same budget that is a more than a reasonable request.” He added that it can be reviewed again next year after Phase 2 of MarketStreet is built out. “I know that is a big time crunch of your time,” he said.

Selectman Tom Terranova thanked McRae for “keeping the belt extremely tight.” He asked if the $1,500 line item for the beaver trapping is “adequate for all the dam issues that we have?”

McRae said that it costs $500 per trapping, which is suppose to be done only as a last resort, so this line item is a guess at best. “Even though I field a lot (of calls) the DPW does its best first and then I get involved.”

Under the town-wide capital budget, McRae said it would be “great to get a work station for the reception part of the office. It costs about $3,500 and if I could have it before July 1 that would be fabulous.” The size of her current desk is too small to unfold an entire map to review it. 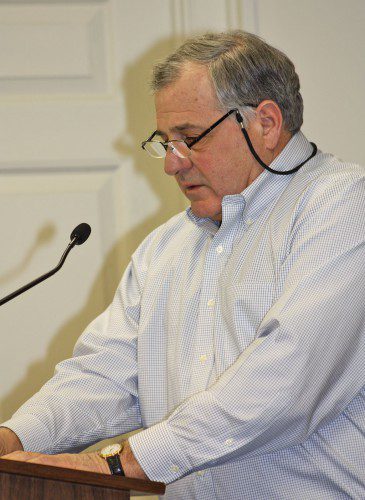 Building Inspector Jack Roberto reported to the board that “most line items stayed the same” in his budget for FY’16. Overall, the budget request has risen from $58,918 last year to $65,162 for next year, which is an increase of 10.6 percent.

Roberto said it was necessary to increase the line item for the sealer of weights and measures to $6,500 due to the increased work load.

It was pointed out by Gustus that the sealer of weights and measures expense “is a pass-through account. A fee is charged for the service to test the scales. These fees go into the general fund, so it is a wash account.”

No problems with regionalized services

Roberto said regionalization is working out well for the contractors who can “now call either town in the morning or afternoon. It’s working out pretty good,” he said adding, “I can tell you after MarketStreet is done and let you know the exact percentage we have increased.”

Crawford asked about the level of service provided through regionalization and Gustus said to date they have not fielded any complaints since regionalizing, so they consider no news to be good news.

Terranova termed the increased budget for weights and measures as “reasonable since it is a flow through item.”

“We have been working with Jack on a few different issues in town and he has been extremely efficient. He called me while he was on vacation. Jack works diligently for the town,” Terranova said.

Roberto said a lot of the work being done in Lynnfield that is not related to MarketStreet centers around “teardowns” because “people want to stay in Lynnfield.” Most new subdivisions are not more than “three to five lots” because most of the town is built out, he said.