Here are some of the schools’ best spellers 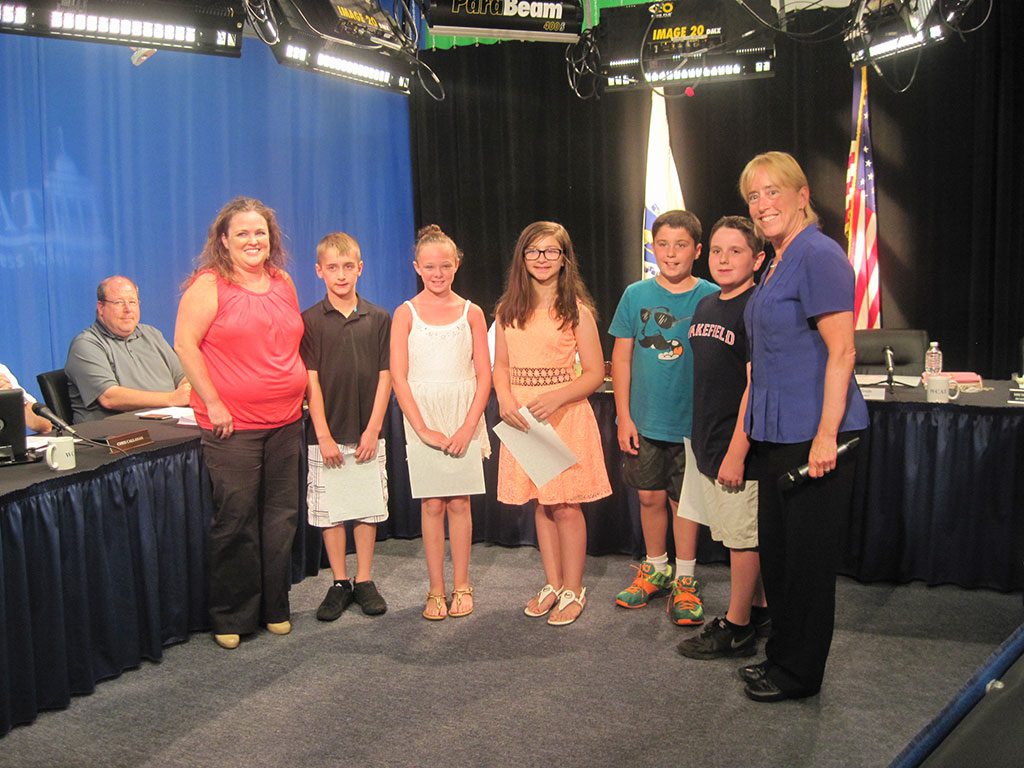 WAKEFIELD — Five students from Wakefield’s elementary schools were honored at the school board meeting last night while receiving congratulations from members and Superintendent of Schools Dr. Kim Smith for being named top winners in the 2015 annual district-wide Spelling Bee.
Grade 4 students representing their schools at last night’s meeting were Fintan Brennan, Woodville School; Emma Scalzo, Walton School; Molly Moris, Greenwood School and two-way tie winners Noah Bonaserra and Robbie Hagopian from the Dolbeare School. Winning students were awarded a certificate of excellence at the close of each Bee.
Brennan’s winning word was “century,” while Scalzo’s word was “rehearse” and Morris’s word was “nectarine.” Bonassera tied with Hagopian when they both spelled their final words, “acquire” and “hemisphere” correctly.
Brennan is the son of Amy and Paul Brennan. Scalzo is the doughtier of Lison and Silvio Scalzo. Morris is the daughter of Maureen and Andrew Morris, and Bonassera is the son of Jessica and Alexander. Hagopian’s parents are Peggy and Antranig Hagopian.
Dr. Smith said she was “proud” of the district’s top spellers and wished them all a good summer.
Unlike in years past, this year’s Bee was held at the individual schools. Previously, the event was held at the Dolbeare School in the gymnasium. Last year’s location switched to The Savings Bank Theatre at the high school.
Spelling bees got their start in 1925 — almost 100 years ago — at The Courier Journal, a newspaper in Kentucky. In 1941, the Scripps Howard news service took over the event. Today spelling bees are held all over the world, from New Zealand to the United States.