Published in the September 8, 2016 edition 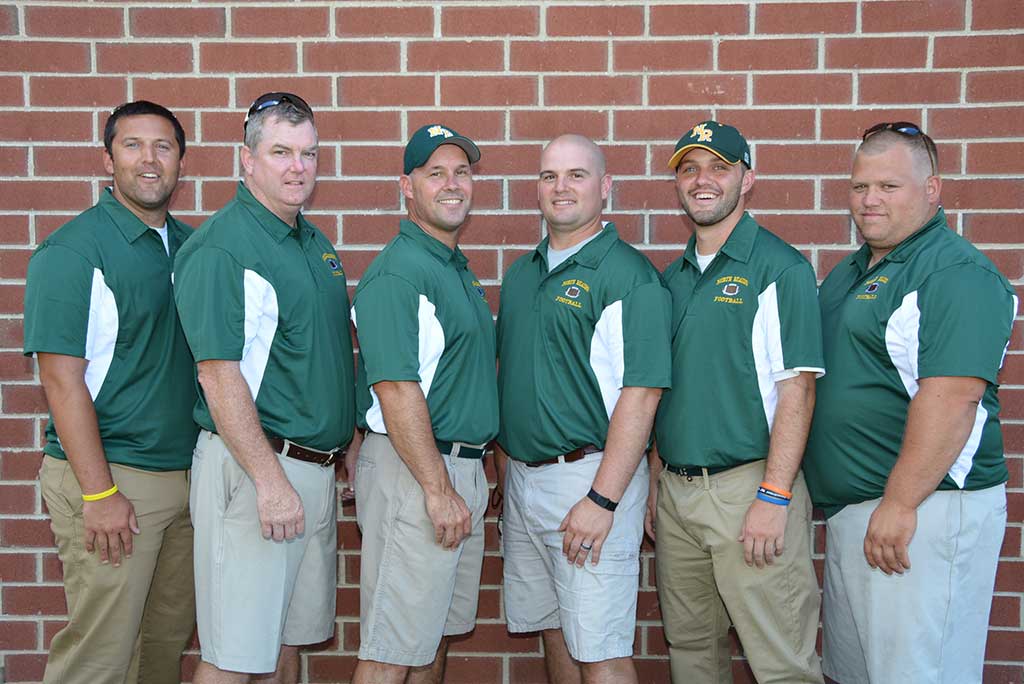 NORTH READING — The NRHS football Hornets will return to Arthur Kenney Field again after a 10-month break, a much deserved one, after going 8 – 3 in 2015, which earned them their first appearance in the MIAA state playoffs in over 30 years, coming within two games of the finals at Gillette Stadium.

For 13-year veteran Hornet Head Coach Jeff Wall, it is another year to show case the great athletes that he has on his team and how well he and his coaching staff prepares for each game.

“We are excited for the season to begin,” said Wall. “The young men have been preparing rigorously during the off–season. Many of our athletes trained at Athletic Evolution (in Woburn) during the summer months and have shown tremendous gains in their strength and cardio vascular development.”

The big news coming off the off–season is that the offense is getting a facelift. For the last several years the team based its attack on the single wing formation which given the team success. But during the 31 – 7 loss to Watertown last season in the state playoffs, the games showed that Green and Gold needed to be more balanced as the Watertown defense just stayed in an defensive posture that was a perfect foil for the running game of the Hornets. 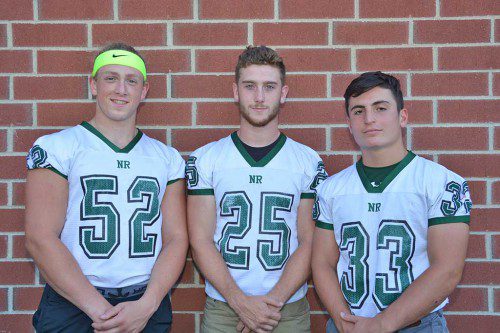 “We have a new offensive coordinator this season, Mr. Eddie Blum,” said Wall. “Coach Blum has installed the pistol spread offense. It allows for tremendous diversity in an attempt to lessen senior Matt McCarthy’s load this year as running back.”

McCarthy and David Smith, who graduated last June, were pretty much the Hornet offense last year, with McCartney running over 100 yards in eight of the 11 games that North Reading played in and twice running over 200 yards. The three games he did not rush for over 100 yards, North Reading happened to lose those games, including the Watertown game.

With the new offense, Wall has chosen a junior with probably most appropriate name any quarterback will ever have and that is Kyle Bythrow, who showed great potential last season in the quarterback position, stepping up as the “thrower” of the team in the few plays he that called for him to pass.

“We have very good skilled personnel with Bythrow at QB, John Merullo at fullback, and McCarthy at running back,” said Wall. “We also have a talented group of wide receivers led by senior Bobby Donohue and Dylan Beauregard,” said Wall.

The defense will change slightly as well, as they will be based out of the 4–3 defense after being in the 4-4 formation for a few seasons now.

“Jim Brown is the defensive coordinator this year,” said Wall. “It is his first year calling the Hornet defense but he has many years of experience.”

The defense, like the offense, has a lot of upside. As a group they allowed only 8 points or fewer in five games last season.

The three captains this season for the green and gold will be McCarthy, Merullo (second straight year), and Bobby O’Donnell. “These three young men have shown a great deal of leadership,” said Wall. “They embody the true spirit of what it means to be a student–athlete. All three young men are leaders in the classroom as well as on the athletic field. They are very well respected by their peers as well as by the teachers at NRHS. They have a positive impact on everyone they contact within the community. Their efforts have proven to be invaluable. We are blessed to have them leading this group of young men.”

Some of the highlights in the 2016 schedule will include Friday, Sept. 23, when the Hornets host the Somerville High School Highlanders. NRHS traveled to Somerville last season and won a thrilling, high scoring game that wasn’t decided until late in the fourth quarter. On Sept. 30, North Reading travels to Boxford to take on Masconomet, always a tough game. And on Oct. 21, the Green and Gold play host to the Newburyport Clippers. The Lynnfield Pioneers will host the Thanksgiving Day Classic this year, with North Reading hoping to get back to winning side of the rivalry, as Lynnfield has taken last two games in a row.

The season starts off tomorrow night as the Green and Gold will host the Ipswich Tigers. These two teams met twice last year, with North Reading winning both games including the first round match up in the playoffs where the Hornets dominated, winning the game 41-3, with McCarthy leading the way, rushing for 155 on 15 rushes, scoring three touchdowns.

What does Coach Wall predict for the season? “We have had success recently within the Cape Ann League which is a credit to our athletes’ preparation in the off season,” said Wall. “The league will be tough, as usual. I don’t like to predict the future but I hope for nothing but the best for the young men because they deserve it.”