Hornets beat Andover in first round of tournament 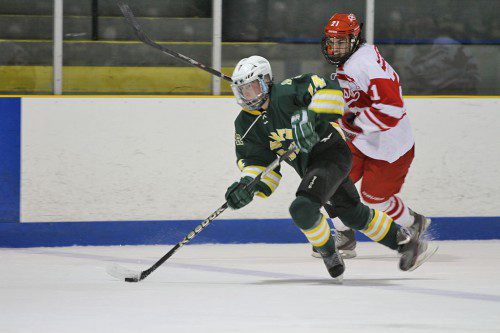 RACE TO THE NET. Hornet senior forward Patrick Driscoll (24), holds off his opponent while racing towards the net in the Masco game. (Courtesy Photo)

NORTH READING — On Monday afternoon, the North Reading High hockey team defeated Andover, 5-1, in the first round of the Kasabuski Christmas Classic Tournament in Saugus at Kasabuski Rink. With that win, the Hornets improved to 3–0 as they faced Winthrop in the title game on Dec. 29 (results not available at press time).

“This is one of the best wins in school history,” stated Hornets head coach John Giuliotti. “This is the first time we have ever beaten Andover and it is a statement game that we can play with anybody.”

Brian Cotter gave the locals a 1-0 lead 7:16 into the first period. Mike Driscoll and Tyler Collins both assisted on the goal.

In the second, North Reading scored a pair of power-play goals. Cotter had the first one assisted by Driscoll and Pat Murphy. Pat Driscoll then made it 3–0 assisted by Cotter and Jarred Valede

Andover avoided the shutout with only 14 seconds left in the game as they scored on the power play. That was the first penalty the Hornets committed all season. It was also the first goal the team allowed this winter.

“I thought that we moved the puck well on the power play,” said Giuliotti, looking back on the second period.

North Reading will play its home opener this Saturday night at 7 as they welcome Gloucester to their new home rink at Merrimack College in North Andover. 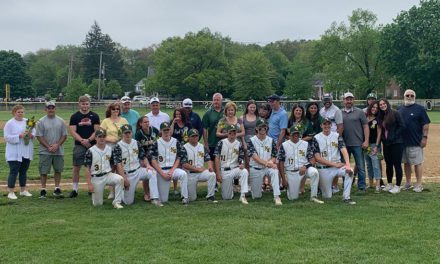 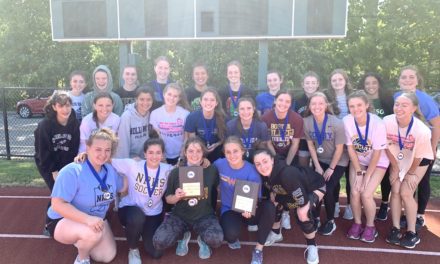 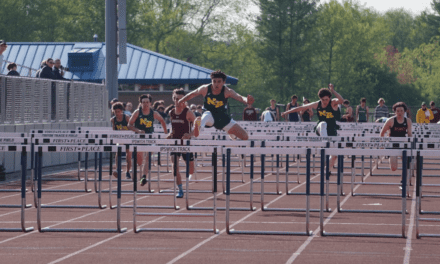 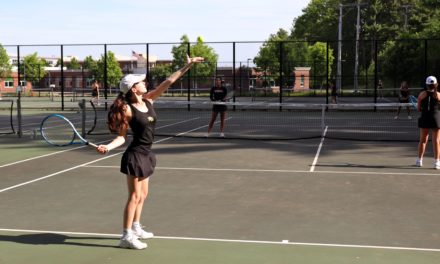