Girls’ tennis finishes season with most wins in school history 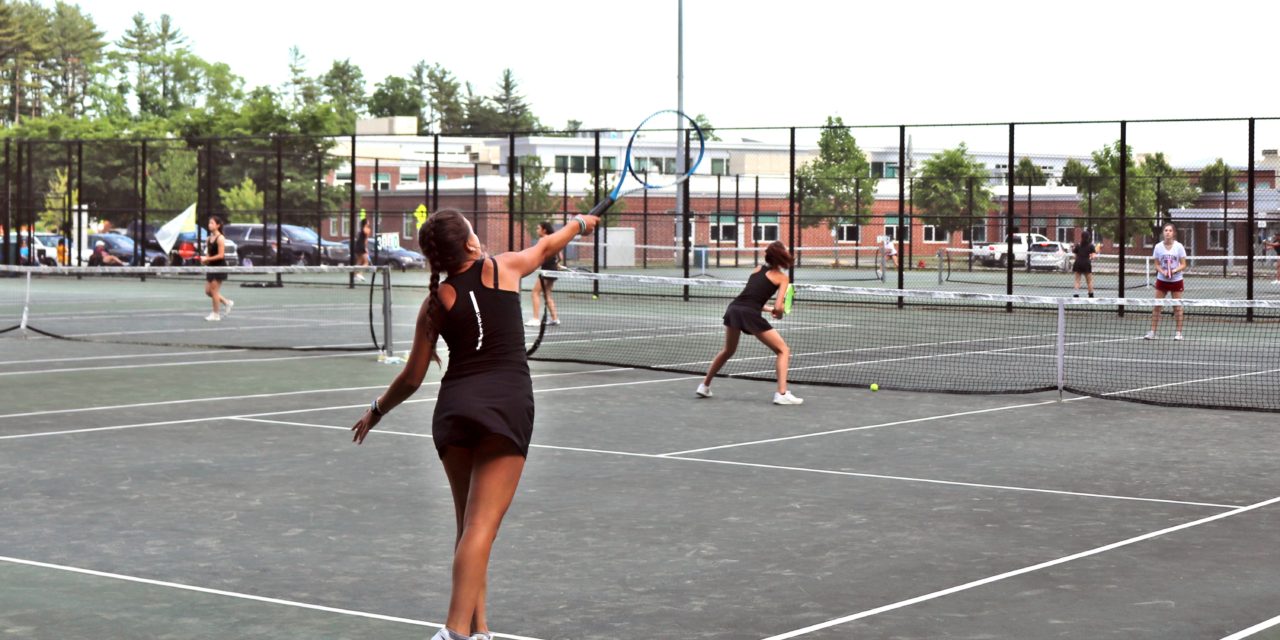 LEXI LICCIARDI serves while Vanessa Wright plays the net in a state tournament match against Groton-Dunstable on June 6 at NRHS. The Hornets’ second doubles team was victorious against G-D and Norwell during NR’s strong postseason run to the Div. 3 state quarterfinals. (Courtesy Photo)

NORTH READING — On June 6, the NRHS girls’ tennis team opened state tournament play with a 4-1 home victory over Groton Dunstable in the First Round of the MIAA Division 3 State Tournament.

The second doubles team of senior Lexi Licciardi and sophomore Vanessa Wright earned the first point of the day with a 6-1, 6-2 victory.

At first doubles, juniors Alyssa Bradley and Chloe Florez gained the second point with a 6-1, 6-2 win.

On Thursday, June 9, the Norwell Clippers came to NRHS for a 8 vs. 9 matchup. Unlike their opening match, NR had to pull out a 3-2 thriller to move on to the Elite 8.

The first doubles duo of Alyssa Bradley and Florez were up 2-1 in the first set when their opponent fell going for a shot and had to retire from the match, putting the  Hornets up 1-0. 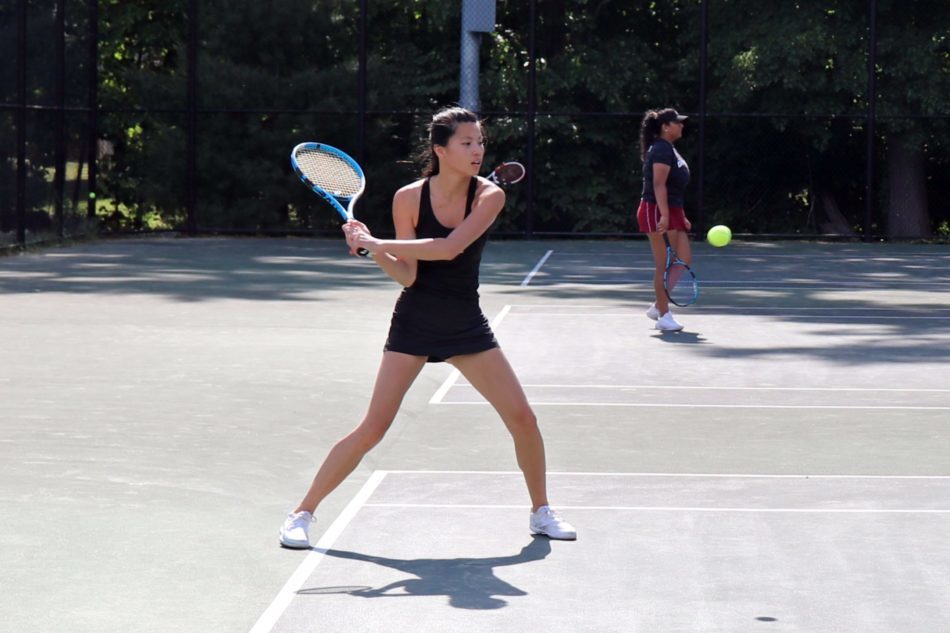 At second doubles, Licciardi and Wright dropped the first set 3-6, but stormed back to win the next two 6-1, 6-3.

It all came down to third singles. Fortunately, Campagna came through with a gutsy 6-4, 5-7, 6-2 victory to clinch the match.

On Saturday, the Hornets traveled to Pentucket to play No. 1 seed and undefeated Newburyport.

Pentucket was the home courts for Newburyport in the tournament due to only three courts in Newburyport.  The MIAA rule is you have to have four tennis courts to host a home match.

Grant got a game this time around against nationally ranked Caroline Schulson but lost 6-1,6-0 at first singles.