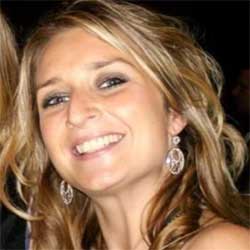 She was born in Hinesville, GA on June 6,1978 and was the daughter of Karen A. (Sheppard) Sweetland of North Reading and the late Keith J. Curley. Jen was raised in Melrose and was a graduate of Melrose High School, Class of 1997, and from the Salem State College, School of Nursing in 2002.

She had worked at the Winchester Hospital.

In addition to her mother, she is survived by her two sons, Robert J. “RJ” Antonucci and John “Jack” Prince, and her sister Jessica R. Donaldson and husband Jared of Wakefield. She was the granddaughter of Lorraine (McWhinnie) Sheppard of Stoneham and the late Bertram Sheppard. She was also the aunt of Jordan and Sydney Donaldson

Her funeral Mass will be celebrated in St. Joseph Church, 173 Albion St., Wakefield on Wednesday, September 8 at 11:30 a.m. Interment will follow at Forest Glade Cemetery in Wakefield.

Visitation for relatives and friends will be held at the McDonald Funeral Home, 19 Yale Ave., Wakefield on Tuesday, September 7 from 4 p.m. to 8 p.m.