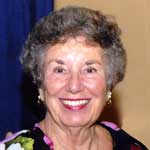 LAWRENCE — Joan Wenzel, 77, of Lawrence and a former Wakefield resident, died March 5 in Lawrence after a long period of failing health.

Joan was born in Malden on Sept. 27, 1937 and was the beloved daughter of the late William L. and Gertrude F. (McFadden) Wenzel. She was a graduate of the Nazareth Academy in Wakefield, Class of 1955.

For many years she was a reservation agent for Delta Airlines and retired from there. She had worked previously for the former Yellow Bird Airline.

Joan was a volunteer for many years at St. Joseph Church of Wakefield and also Holy Family Hospital of Methuen.

Joan’s family is deeply grateful to the staff at the Mary Immaculate Nursing and Restorative Center in Lawrence for the care they rendered.

Her funeral will be held from the McDonald Funeral Home, 19 Yale Ave., Wakefield on Monday at 10 a.m. followed by a funeral Mass in St. Joseph Church, 173 Albion St., Wakefield at 11.

Visitation for relatives and friends will be held at the funeral home Sunday from 2 to 8 p.m. Interment, St. Patrick Cemetery, Stoneham.