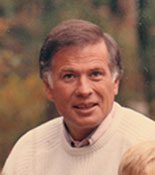 John was born in Melrose on March 18, 1944 to the late Alexander and Filomena Antonucci. He was raised in Melrose, graduated from Melrose High School and from Suffolk University with his bachelors and masters degrees. He entered the service and served his country with pride in the U.S. Army during the Vietnam War.

Mr. Antonucci worked in the computer sales business for over 25 years. John lived in North Reading for eight years, North Andover and Hampton Beach, New Hampshire for many years. He lived in Watertown for the past few years. John enjoyed skiing in his early years, the beach and the ocean and going out to eat with friends and family. Mr. Antonucci also liked to take trips in his car to Kennebunkport and Ogunquit, Maine.

A funeral service will be held at the Gately Funeral Home 79 West Foster St. Melrose on Saturday September 12, 2015 at 11:30 a.m.. Relatives and friends are invited to attend. Burial with Military honors at Wyoming Cemetery in Melrose will follow. To send a message of condolence please visit www.gatelyfh.com.