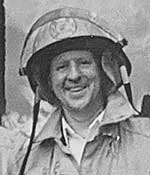 LYNNFIELD — Jon A. Procurot, 76, a retired Lieutenant of the Lynnfield Fire Department and well known local resident died suddenly on Sunday, December 29, 2019 at the Melrose-Wakefield Hospital. Jon was a lifelong resident of Lynnfield and was born on January 1, 1943 the son of the late Antonio and Evelyn E. (Curio) Procurot.

Jon was the beloved husband of Jean M. (LeBlanc) Procurot. He was the loving father of Tammy L. Ministeri and her husband Larry of Tewksbury, Scott A. Procurot and his wife Suzanne of Billerica and Shawn A. Procurot and his wife Kelly of Groveland. He was the devoted grandfather of Lindsey, Erin, James and Aiden. He was also the brother of Carol Varney and Linda Ford and her husband John, all of Maine.

His funeral service will be held in the Centre Congregational Church, 5 Summer Street, Lynnfield on Saturday, January 4 at 10 a.m. Interment will follow at Forest Hill Cemetery in Lynnfield. Visitation for relatives and friends will be held at the McDonald Funeral Home, 19 Yale Avenue, Wakefield on Friday, January 3 from 4-8 p.m.