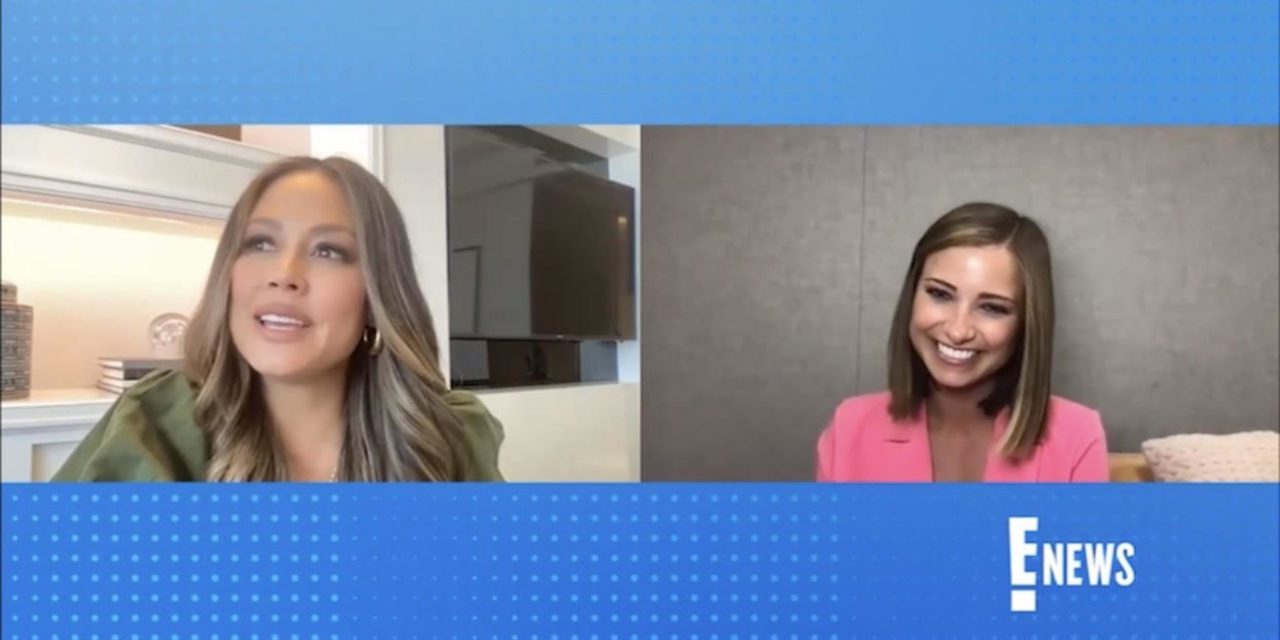 Lynnfield High School Class of 2018 graduate Alexandra Ross’ dream of becoming a television journalist is now reality. She has begun her career working as a news desk coordinator for “E! News” at 30 Rockefeller Plaza in New York.

“I do a little bit of everything for ‘E! News,’” said Ross. “I am reporting, conducting interviews and writing. It’s the whole nine yards. It has been wonderful. I absolutely love it.”

Ross started working at “E! News” in January, and moved to New York this spring. She has interviewed actresses Kristen Bell and Eva Longoria as well as tennis star Venus Williams and comedian Jenny Slate, who stars on “Saturday Night Live.”

“Jenny was really funny,” said Ross. “I enjoyed talking with her.”

Ross said her favorite interview was with actor Rob Lowe, which was conducted over Zoom teleconference.

“My interview with Rob Lowe was the best interview I have done so far,” said Ross. “If I do a phone interview, it’s usually 10 or 15 minutes and it’s between 20 and 25 minutes if it’s a Zoom interview. But for some reason, I was able to interview him for a half hour. He stars on a show on Fox called ‘9-1-1: Lone Star,’ and I was able to ask him questions about the show. I remember watching a scene where he was surfing, and I decided to ask him about it because he likes spending time outdoors. I didn’t even get the full question about surfing out of my mouth when he lit up and said, ‘I am so happy you asked me that. What a great question.’ No matter who it is, my litmus test is if I can get them to laugh or if they say that is a good question, I feel as though I have done a good job.”

Ross said her boss asked her last week to investigate why “High School Musical” stars Zac Efron and Vanessa Hudgens posted photos on Instagram that were taken outside of East High School in Utah.

“That is the school where ‘High School Musical’ was filmed,” said Ross. “My boss asked me to call the real school to see if I could get any information out of who picks up the phone.”

Ross’ journey working in television journalism began when she was a teenager. While visiting New York, she stood out in front of 30 Rockefeller Plaza and held a sign that asked if she could report the news with former ‘Today’ show anchor Natalie Morales.

“I was 14 or 15 at the time,” said Ross. “They brought me inside and I did a little clip with her. I still can’t believe that the first time I saw my name on a teleprompter was in Studio 1A. They couldn’t have been nicer. I knew that I always wanted to be a journalist, but that is when I realized I wanted to work at NBC.”

Ross had an internship at “The Today Show” last summer, where she worked remotely. She was stunned that co-anchor Savannah Guthrie remembered her guest appearance on the show when she was a teenager.

“On National Intern Day, Savannah Guthrie said my name while she was in Tokyo covering the Olympics,” said Ross. “I couldn’t believe it when she started asking me questions.”

Ross formally introduced herself to Guthrie outside of 30 Rockefeller Plaza a few weeks ago. She couldn’t believe that Guthrie remembered her, and she even gave Ross a hug.

After “The Today Show” internship ended, Ross applied for a fall internship at the morning television show. She ended up working as an intern for “E! News” instead.

“I did not expect to end up at ‘E! News,’” said Ross. “It was completely different from what I had done at ‘The Today Show’ because I was learning broadcast journalism and production, whereas ‘E! News’ is run similar to a newspaper because we are more digital and online focused.”

“‘E! News’ knew I was graduating in December, and they asked me where I wanted to end up,” said Ross. “I said I always wanted to work at 30 Rock in New York, and I didn’t conceptualize at the time that ‘E! News’ was at 30 Rock because the company’s headquarters is in Los Angeles. I was working at a communications job at BU’s College of Fine Arts at the time. My phone rang as I was getting ready to leave work, and it was my boss calling me to offer me a job. The rest is history.”

Ross never imagined that she would be covering celebrities because she has always been interested in politics.

“I have always loved politics, and I have always found it to be fascinating and intellectually stimulating,” said Ross. “I never thought I would fall into entertainment, but it has been so much fun. I love it because you never know who you are going to talk to. And 10 out of 10 times, it’s somebody who is really cool.”

Ross has been able to talk to celebrities about different projects they are working on as well any philanthropic work they are undertaking.

“The interviews are usually done over the phone or on Zoom,” said Ross. “I love doing interviews over Zoom because I get to see them on camera, and the video team will clip part of the interview and put it out with the article.

I always do my homework and conduct research. If I am interviewing a well-known celebrity, I will watch other interviews they have done because I don’t want to ask them questions they have already been asked. When you ask someone a question that no one has asked them before, you can get a really good answer.”

“It’s my favorite place in New York,” said Ross. “I think that is one of the reasons why I have always loved New York. The fact that I get to work in my favorite place is surreal. I sometimes feel like they let me in by accident.”

“I have wanted to live in New York for as long as I can remember,” said Ross. “I applied to a couple of colleges in New York. My mom knew I wanted to go to school in a city, and she suggested that I go to school in Boston because it is closer to home, a little smaller and more manageable. I think Boston was a great place to start because it taught me how to live in a city. New York is like Boston on steroids. I love it.”

“My mom, Traci, started teaching kindergarten full-time at Summer Street when I was in fourth grade,” said Ross.

“I loved every minute of growing up in Lynnfield,” said Ross. “I have friends from high school and college who said they couldn’t stand high school and middle school, but I absolutely loved it. I still keep in touch with the majority of my teachers. I loved school, and I have always loved learning. I think that is why I decided to become a journalist.”

“Being able to go to work at a job I love in a building where there are people I idolize and look up to means everything to me,” said Ross. “Every dream I have ever had for myself has come true over the last year-and-a-half. I pinch myself 24/7. I don’t think that feeling is ever going to go away.”