LOWELL — In their season finale on Feb. 22, the Lynnfield High girls’ basketball team beat host Lowell Catholic, 42-28, in the consolation game of the Stephen Skaff Tournament.

With that win, the Pioneers finished up at 8-10 overall while the Crusaders fell to 6-12.

The Pioneers led this game wire-to-wire as they were up, 24-7, at halftime. 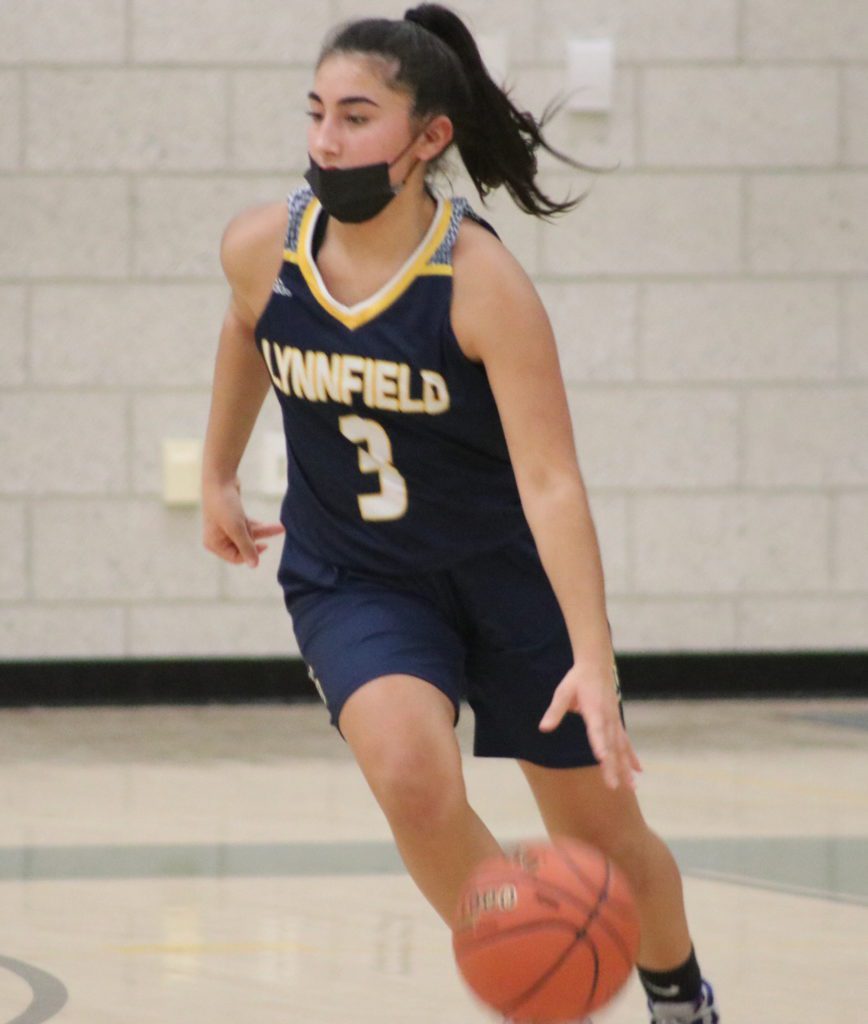 BELLA GEORGE was named to the Stephen Skaff All-Tournament team after scoring 16 points against Greater Lowell and 8 points in a win over Lowell Catholic. (File Photo)

Maggie Ozanian led Lynnfield in scoring with 10 points while Bella George and Jaelynn Moon were right behind her with 8 points each. Catherine Antwi led Lowell Catholic with 23 points.

Lucy Cleary led the team in rebounds with 13 and assists with 6 while Erika Pasquale led the Pioneers in steals with 4.

Breen was also pleased with the defensive play of Abby Adamo, who pulled down 7 boards.

George was also named to the All-Tournament team as she scored 16 points in the first-round loss to Greater Lowell on Feb. 20.

Unfortunately for the Pioneers, they just missed qualifying for the Division 3 state tournament. With the new power rankings system implemented by the MIAA, the teams that are in the top 32 in each division overall qualify. The other way a team can qualify if they are not in the top 32, is having at least a .500 overall record which means Lynnfield needed just more win to qualify.

Arlington Catholic, who went only 5-15, came in 32nd in the power rankings system.

“I am really disappointed,” admitted Breen, about coming so close to qualifying. “The kids were playing their best ball over the last month of the season.”