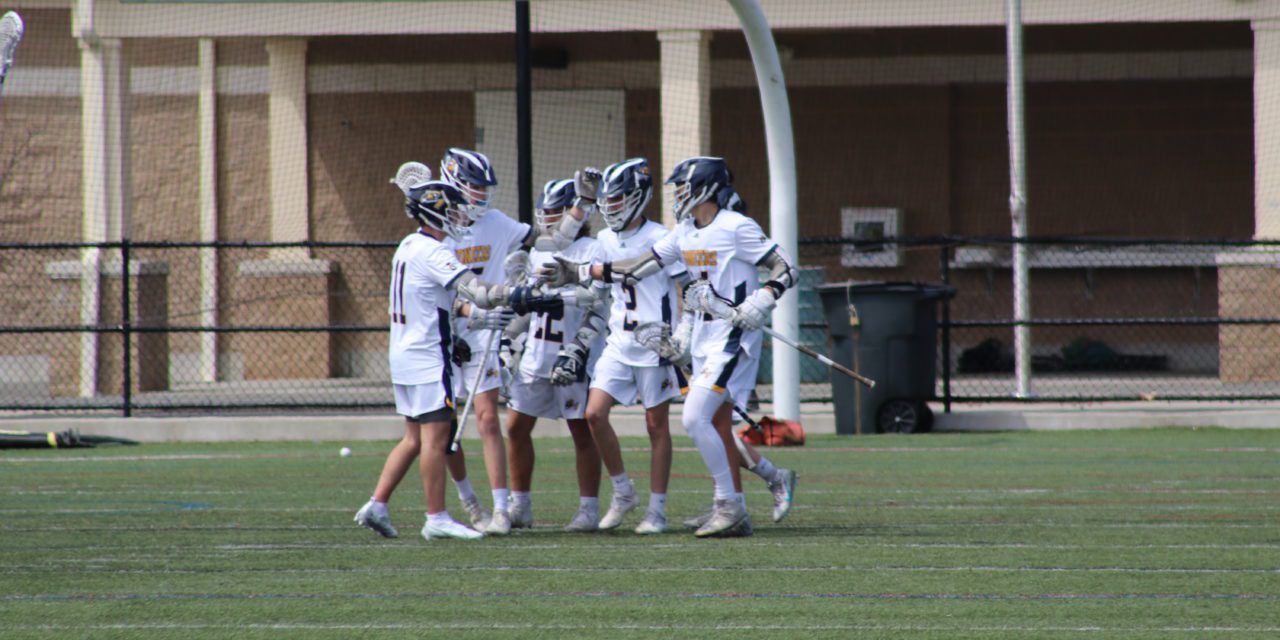 THE LHS boys’ lacrosse team (11-4) has won seven of their last eight and enter the home stretch of the season ranked 6th in Div. 4. (File Photo)

LYNNFIELD — The Cape Ann League Kinney Division title was at stake on May 20 as the Lynnfield High boys’ lacrosse team visited Newburyport. The Clippers won the first meeting, 9-8, back on April 30 and they ended up winning this one as well by a final score of 12-7 at Stehlin Field.

Newburyport, who also won the CAL Kinney crown last year, took control of this one in the opening half as they raced out to a six-goal advantage (8-2) at the half.

“We had some defensive lapses and they capitalized,” said Lynnfield head coach Pat Lamusta. “I was happy that our guys kept on pushing in the second half and we outscored them by one.”

Will Steadman led the Pioneer offense with a goal and two assists. Jack Calichman had one goal and one assist.

The five other goals were scored by Drew Damiani, A.J. Chiaradonna, Steve Dreher, Janssen Sperling and Will Norton.

On May 18, LHS doubled up host Pentucket, 14-7, at Pipestave Field as they were able to sweep the season series.

“That is a tough venue to play at but we had our best first quarter of the year the way we stepped up,” said Lamusta, as his squad led 4-1 after the opening 12 minutes.

They then increased the lead to 7-2 at the half as the Sachems never threatened in the second half.

Damiani was the star of this game with a season-high six goals to go with a team-high six ground balls.

“Drew had a great game,” stated Lamusta, about the junior.

Steadman also had a big day with three goals and three assists while Calichman, the CAL leader in assists, had a team-high six in this one.

On defense, Jack Phelps and Rupert Thomas both had four ground balls each.

“We also played a penalty-free game,” pointed out Lamusta.

Lynnfield will wrap up the regular season on June 1 as they host non-league Bishop Fenwick. That game will start at 3:45 p.m.

On May 23, the MIAA power ratings ranked the Pioneers at No. 6 in Div. 4. The top 32 schools at the end of the season automatically qualify for the state tournament.