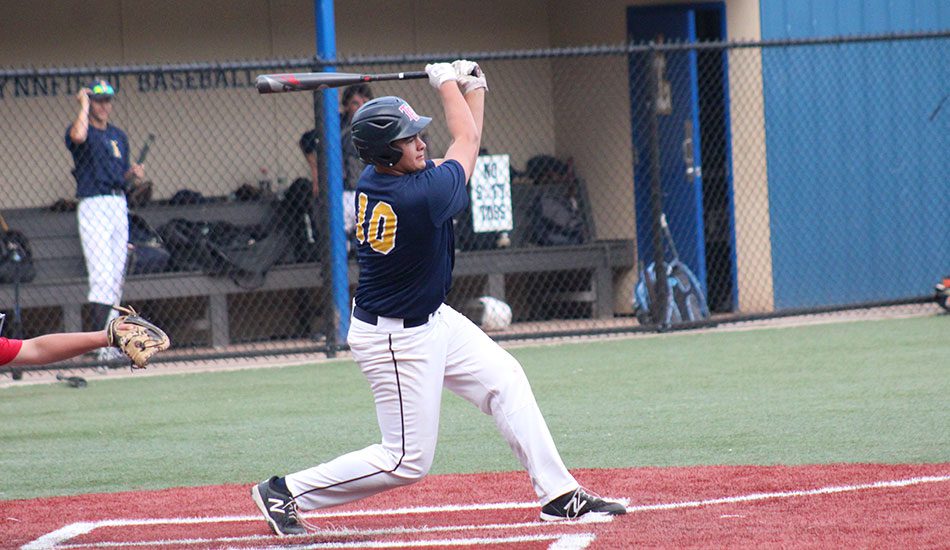 DAN DORMAN had two hits and an RBI against Lexington 1, three hits against Lexington 2 and picked up the win on the mound against Arlington during Lynnfield Babe Ruth’s recent winning streak. (Dan Pawlowski Photo)

LYNNFIELD — The red-hot Lynnfield Middlesex Senior Babe Roth team won its fifth game in a row on Sunday evening as they beat Lexington 1 (Lexington has two teams) by a final of 11-4 at Lynnfield High School. With that victory, the Pioneers improved to 7-4 overall as they moved up to third place in the eight team league.

“We had our best hitting game of the season,” stated Pioneers manager Rob Higdon, as Lynnfield pounded out a season-high 15 hits.

Most of the damage was done in the bottom of the first inning as they scored eight runs that featured seven singles. Nick Razzaboni (2 for 3) had the big blow of the inning with a three-run double with two outs.

Devin Bolger led the attack going a perfect 4 for 4 at the dish with one run batted in. Dan Dorman and Tyler Scoppetuolo both went 2 for 4 with one RBI.

John McKrell was the fifth Lynnfield multiple hitter going 2 for 3 with two RBI. 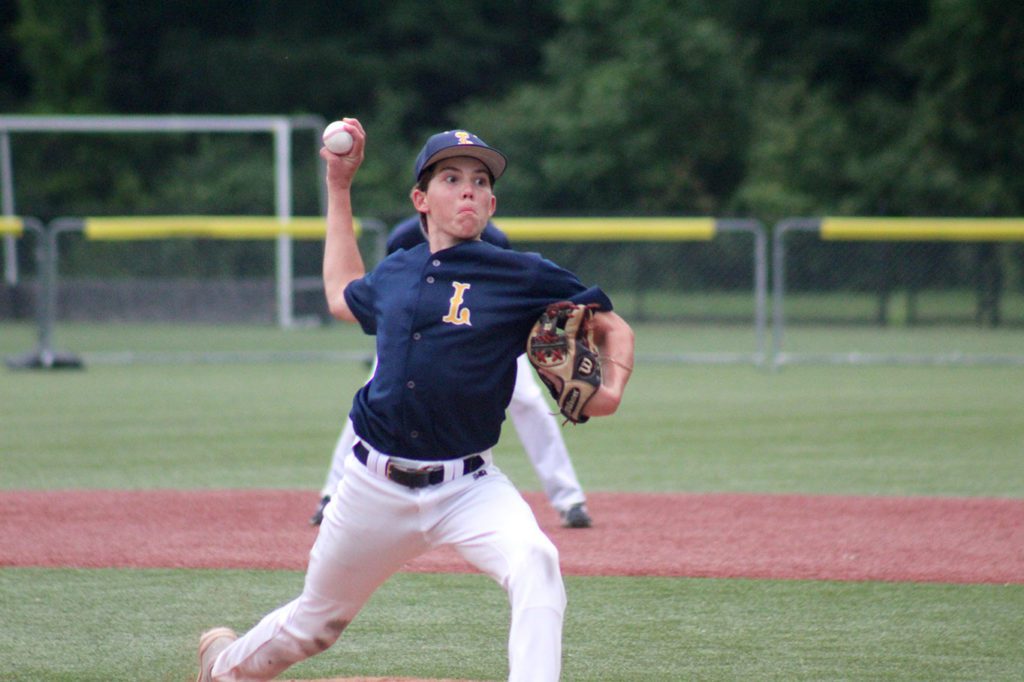 ANTHONY GRABAU delivers a pitch to a Wakefield hitter on July 27. The game was postponed in the 5th. (Dan Pawlowski Photo)

McKrell was also the winning pitcher going all seven innings to go to 2-0. He gave up no earned runs as all four Lexington runs were unearned. He gave up five hits, four walks and he struck out five.

“He has pitched well for us all summer,” said Higdon.

Eight of the nine Pioneer players got at least one hit in the game as the teams split the season series.

On July 29, the Pioneers beat the host Lexington 2 team 5-1 to complete the two-game season sweep over them.

Ben Mullin went to 2-0 on the hill with a complete-game effort. He gave up one run, two hits, four walks and fanned two.

“He only threw 84 pitches so he was very efficient,” pointed out Higdon.

After Lexington scored in the third inning, the Pioneers plated three runs in the fifth and two more in the top of the seventh. 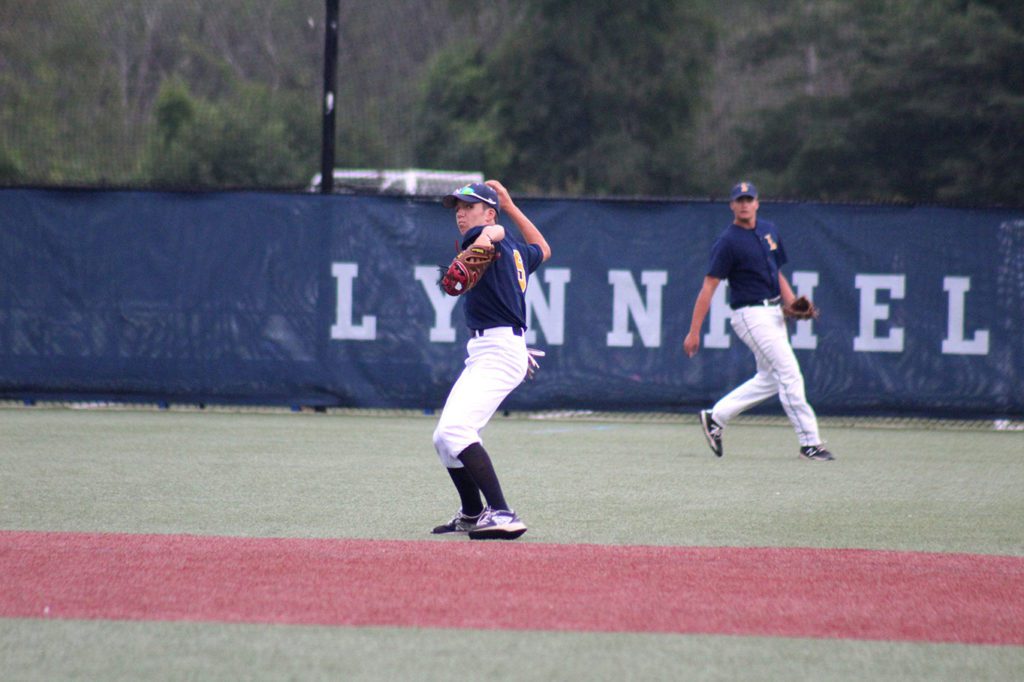 ALEX GENTILE throws out a runner from shortstop. Gentile had a hit and two RBIs during Lynnfield’s win over Arlington. (Dan Pawlowski Photo)

On July 28, the Pioneers beat Arlington at home 5-4 in eight innings. This game was a make-up as Arlington was the designated home team and batted last.

“They are coached by John (O’Brien the Lynnfield High varsity coach) so they (Lynnfield) were amped getting to play against him,” said Higdon.

Lynnfield scored the game-winning run in the top of the eighth on an error and then shut Arlington down in the bottom of the eighth.

Dorman (1-0) was the winning pitcher in relief going three innings as the one run scored against him was unearned.

Lynnfield had eight hits led by Jarret Scoppetuolo who was 2-3. Jarret is Tyler’s younger brother. Alex Gentile had one hit and two RBI.

On Aug. 4, the team wraps up the regular season as they visit Bedford at 6 p.m. at Bedford High School. The playoffs will start on Aug. 8 (opponent, location and time unknown as of press time).

The playoffs are a single-elimination format.