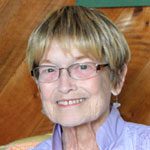 BOCA GRANDE, FL — Marcia (Trimble) Spencer, age 71 of Boca Grande, FL passed peacefully on September 15, 2014 after a long and courageous battle with cancer. Prior to her move to Boca Grande, Marcia was a long time resident of North Reading and Hyannis, MA.

Marcia was born on September 25, 1942 in Norwich, CT. As a child, her family moved to Hyannis, where she spent many summer days on the beach. She graduated from Barnstable High School in 1960 with high honors. After high school, Marcia graduated from University or Massachusetts in Amherst, with a degree in education. Later Marcia received her MBA from Babson College.

In the mid ’90’s Marcia began a career at the Boston Agency for John Hancock where she became Director of Finance. Following her retirement from there, she moved from North Reading to Boca Grande  where she became an active leader in the community. Marcia worked extensively with Royal Palm Players theater group as stage manager for several shows, was a director and secretary of the Boca Grande Historical Society, and served in a variety of volunteer roles for Friends of Boca Grande.

An avid reader, Marcia was also a big Boston sports fan, particularly the Patriots and Bruins. In addition, she was known for her quilting and knitting. She loved her “projects”, making quilts and knitting items for her family and many of her friends. Marcia was also an enthusiastic world traveler, delighting in her trips to various European countries, Tanzania, Russia, China, and the American west.

Above all Marcia had the gift of love and friendship and the ability to live life to the fullest rather than letting her illness run her life. As difficult as it was, she made her illness easier for her loved ones and many friends.

A celebration of her life will be held in Massachusetts at a time and place to be announced. She suggested that those wishing to make donations in her memory consider Friends of Boca Grande, Royal Palm Players, and Boca Grande Historical Society.