MELROSE—On Wednesday night, the Melrose Americans hosted the Malden Maddogs at Morelli Field for their first game after a year-long break. Despite suffering an early 3-0 deficit in the top of the first, the Americans came back and beat the Maddogs, 8-3.

Melrose Americans manager Kevin Burgoyne credited a large part of the win to his veteran players. “Years previous we would strike out a lot but we have a lot of veterans now, (a few who) came up from Wakefield and our guys have been playing for a few years now, because we combined with Wakefield this year. The Wakefield guys are veterans, and they can put the bat on the ball and that is a big part of it. That is why we won today.”

In the bottom of the fifth, a double by Bobby Losano sent Nate Nickerson home and then a deep home run by Jennings drove him home, bringing the score to 8-3. Manager Kevin Burgoyne noted the importance of these two hitters. “John Jennings, who hit the two-run homer, and Bobby Losano, the centerfielder, were one, two in the MVP voting a couple of years ago and now we have them both. Those two guys will carry us.”

After letting up three early runs, the American bullpen did not let up another Maddog scoring spree for the rest of the game. The American’s pitcher Nick Colucci earned three quick strikeouts and only faced four batters in the top of the sixth before handing it over to Bobby Tramondozzi for the seventh and final inning. “They all pitched well,” says their manager. “Bobby Tramondozzi, he is a closer. Once he is on the mound, (it is) lights out. We had great pitching and we put the bat on the ball and that’s half the battle.”

The Americans will face off against the Maddogs in their next two games on Tuesday and Wednesday of next week, with their home game slated for Wed. June 16 at 7:30 p.m. at Morelli Field. 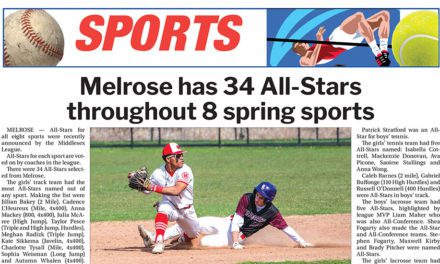 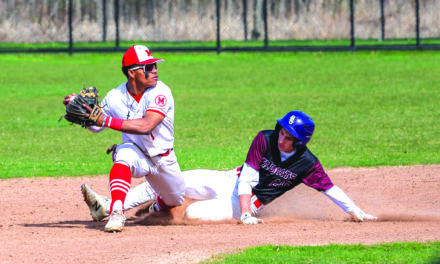 Melrose has 34 All-Stars throughout 8 spring sports 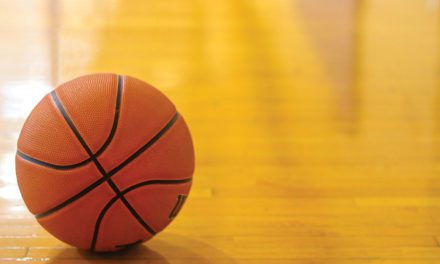