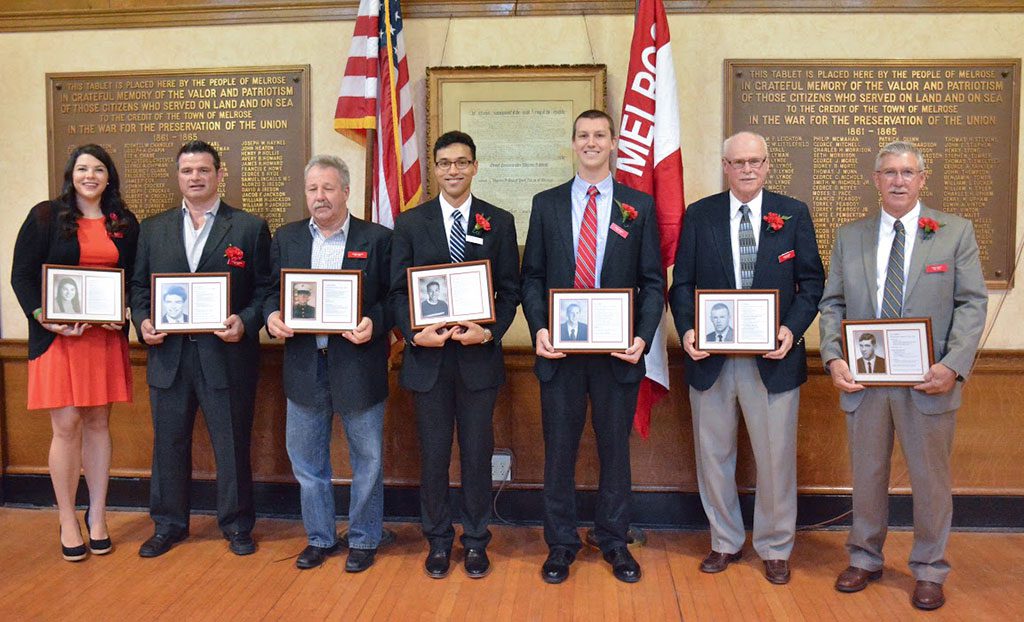 MELROSE — The Melrose Athletic Hall of Fame inducted their Class of 2015 on Saturday, Sept. 26 at Memorial Hall in Melrose.

Nine former Melrose High athletes were inducted along with the 1982/3 league champ Melrose Red Raider Football team who, until 2014, were the only MHS team ever to make it to a high school Super Bowl game in Foxboro. 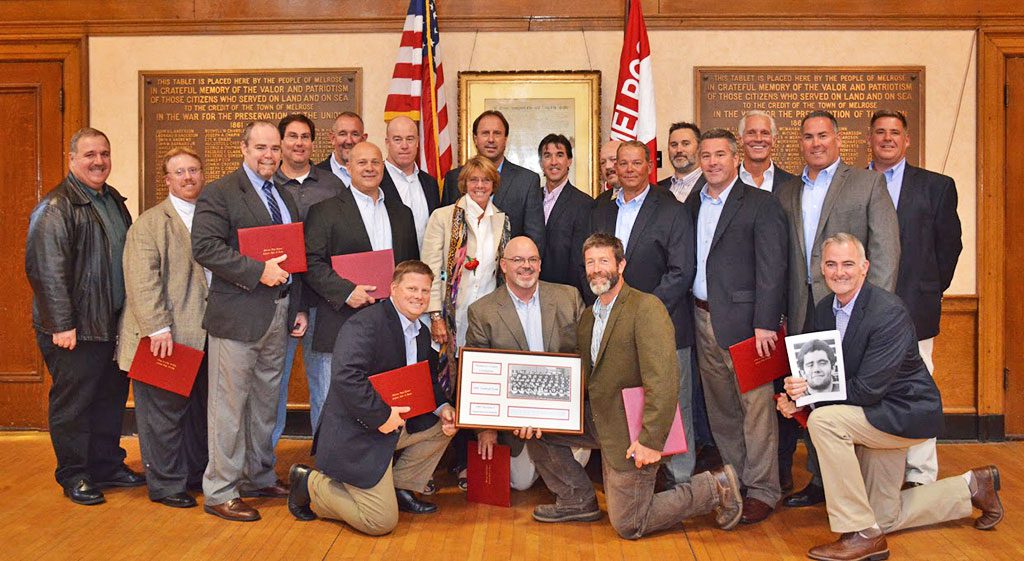 Remembered fondly that evening was the late Bruce MacPherson, former MHS head football coach who helped guide the team to the Super Bowl. Representing Mr. MacPherson that evening was his wife, Louisa. MacPherson passed away in 2007 at age 64. In 1982 he was aided by assistant coaches Glenn Pires, Cliff Somerville, Scott Crowell, Emerson Dickie and George Lirakis.

In attendance on Saturday were Mayor Rob Dolan and State Representative Paul Brodeur, who congratulated the inductees for creating memorable moments for the community. The Mayor noted that in November 1982, the Red Raider football team (then 10-1) effectively “shut Melrose down” with so many residents traveling to Foxboro to watch the Raiders take on #1 Natick and witness (what some call) the best high school Super Bowl ever played in Massachusetts (Melrose fell in overtime 35-34).

A sold out dinner followed at Memorial Hall where all recipients took stage to speak of their MHS athletic experiences.

The Melrose Athletic Hall of Fame is always looking for candidates. Criteria for induction consideration is:  1. Any person may nominate someone for consideration. 2. Nominations may be made in letter form. 3. Graduates are eligible 5 years after graduation from Melrose High School. 4. Coaches are eligible 2 years after last coaching year. 5. Nominees need not be nominated annually, all nominations remain active. 6. Achievements while at MHS and later in life will be considered.