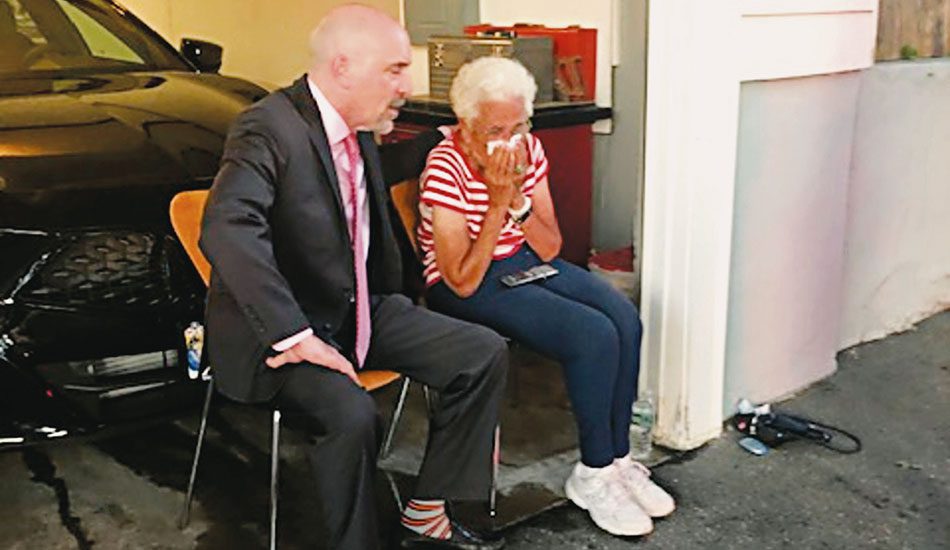 MELROSE — Residents were forced to seek shelter someplace else after being temporarily displaced from their 25 Berkeley St. home by a fire early Tuesday night.

According to fire officials, an explosion was heard in the neighborhood around 6 p.m. and was soon followed by many 911 calls to police reporting that a house was on fire.  The crew on Engine 3 was first to arrive, reporting overlapping flames coming from the front of the house.  A woman had made it outside. Under hot, muggy conditions, more arriving personnel helped search inside the house while simultaneously fighting the fire.

An additional Saugus engine and a Malden ladder came to the scene. The crew aboard Melrose Engine 2 laid about 700 feet of supply line from a hydrant at Park and Lebanon streets. Firefighters knocked down the flames at the front of the house in about 5 minutes and took about 40 more minutes digging out ceiling and walls inside the 2-story cape-style structure with an addition on the back.

No other people were in the home. 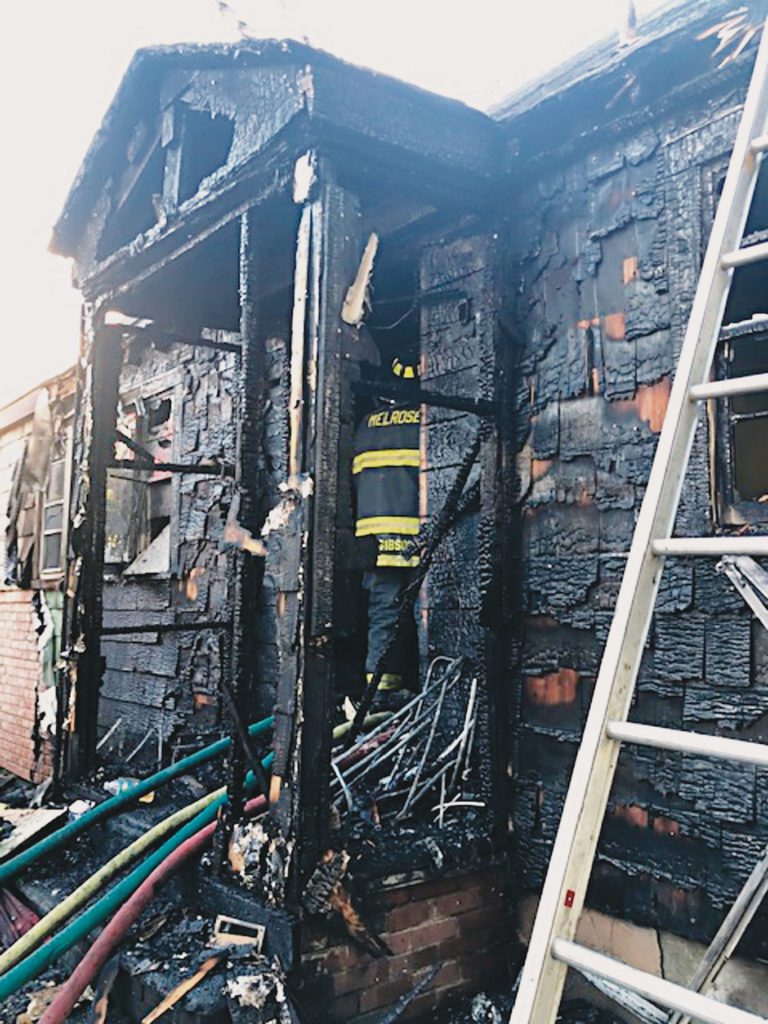 Officials said the extreme head and quick, labor intensive fire fight brought on exhaustion for many firefighters, including the crew that went to the roof to ventilate the flames. Firefighters would go to rehab provided by Cataldo Ambulance, an impressive operation on its own that included mist fans, plenty of drinking water and ice cold towels for the head and neck. This allowed crews some relieve before going back to the fire fight.

No cause for either the explosion or the fire has been confirmed. The incident was being investigated at press time by Capt. Jamie Gibson, assisted by the state Fire Marshal’s Office, but the fire did begin at the front of the home.

Damage is estimated at about $150,000. Currently, due to fire, heat and soot damage, the home is uninhabitable.