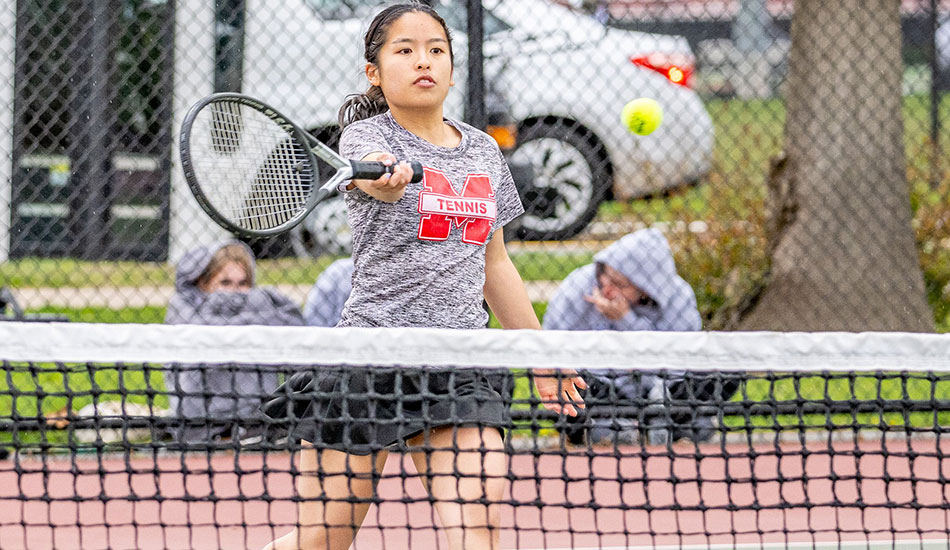 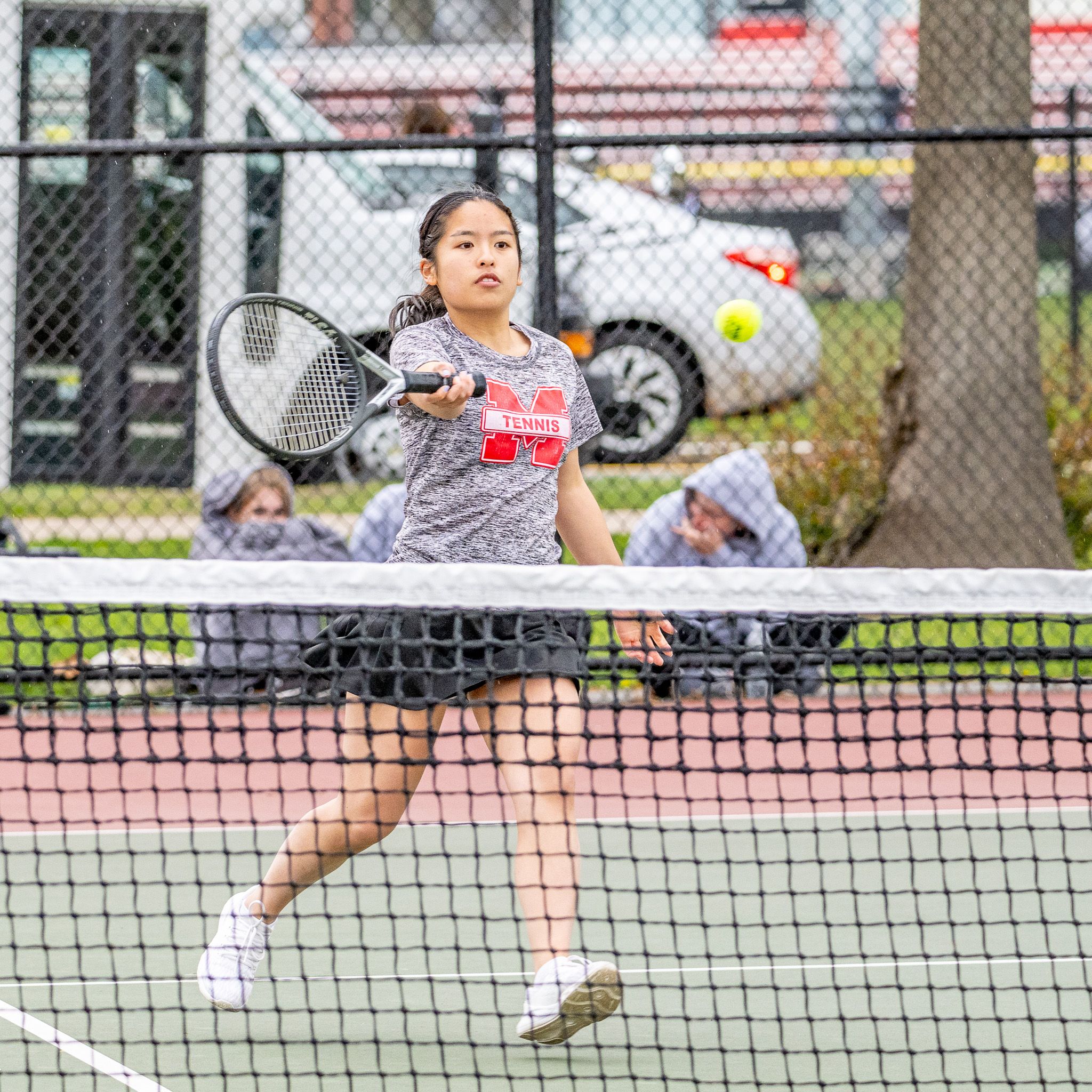 MELROSE HAS not only clinched the Middlesex Freedom League but they have earned a top spot in the Div. 2 playoff field. Pictured, senior captain Emily Chow. (Raj Das photo www.edphotos.com)

Melrose completes 10-0 sweep of the league

MELROSE—The Melrose High girls tennis team are repeat league champions and a perfect 10-0 in the Middlesex Freedom League after sweeping their league competitors this spring to an overall 11-5 record with playoffs on the horizon.

Melrose is currently 5th in power rankings in Division 2 out of 59 teams, making this team a serious contender come post season. Melrose was able to pull it off by sweeping both Wilmington and Stoneham back-to-back this week, including a 4-1 win over the Spartans on the road on Tuesday. Both Wilmington and Stoneham kept Melrose on their toes but the girls in red and white prevailed. “Both teams played to win, but we were prepared and we kept fighting until we won our matches,” notes Melrose head coach Lydia Mays.

Melrose is enjoying solid work across the board in the following positions: First singles: Ruby Robicheau; Second singles: Ava Picone; Third singles: Isabella Cottrell; First doubles: Saoirse Stallings and Ava McSorely and second doubles: Anna Wong and Mackenzie Donovan. This has been a consistent lineup over the season and has obviously worked well for Melrose.

Six of their players have won at least 9 matches this season, with Mackenzie Donovan and Ava Picone earning 11 wins and right behind them is Cottrell, Wong, McSorley and Stallings. According to Coach Mays, the team’s senior captain leadership has made all the difference this season. “Without the leadership of Emily Chow, Mackenzie Donovan, and Ruby Robicheau the team would not be doing as well as we are,” says Mays. “They’re so committed to this team. Emily and Mackenzie have not missed a single practice or match the whole season. They are in constant communication with all of the players and they make sure everyone knows where they need to be at any given time.”

Mays also points to the individual work of Ava Picone as a great factor in their success. “Ava is one of the sweetest people I know but is also competitive and wants to win. Her game has improved the whole season and it really showed against Burlington in a very long and grueling match, and in our second match, she dominated Burlington from the first point to the last. I’m so proud of what she’s accomplished especially taking over the role of 1st singles in many matches. Can’t wait to see her continue to improve in the next two years.”

To stay perfect in their league, to some extent it’s taken a village and coach Mays wants to thank her assistant coach, Jared Sawyer. “He’s the  best assistant coach and right-hand man. He’s competitive and gets the players excited to win. He stays level-headed in the most intense situations and can talk the girls through anything during a match.”