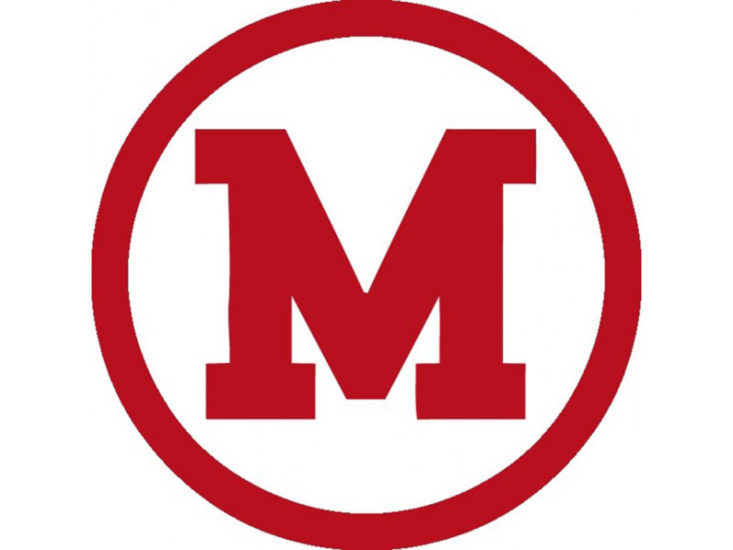 MELROSE — Getting the larger community outside Melrose High involved in a conversation about whether the school’s nickname should change is a major part of what the Melrose Transparency Initiative wants to do. At a recent public discussion, they took their initial step.

The Initiative invited Melrose High Principal Jason Merrill to a forum held at the Veterans Memorial Middle School auditorium on Wednesday, Jan. 12, where both sides of the “change” debate were heard. Merrill, who favors changing the Red Raider, said that the process he began last summer hopefully will lead to a school moniker that respects everyone. He said at the Jan. 12 forum that his major responsibility as the leader of Melrose High is to ensure the safety and welfare of all kids at the school.

“There’s 1,000 kids over there (at the high school),” Merrill said, and if the school nickname or any associated imagery “makes one kid uncomfortable then it’s not OK” with me as the principal. “I hope people can respect that,” he added.

One of the Initiative’s organizers and discussion panelist Ward Hamilton explained the origins of the Raider, when its image became Native American, when that imagery changed to a less racist depiction and how Native American imagery totally disappeared from school grounds and uniforms. The Red Raider, Hamilton said, had its origins in a World War II American bombardment group. At some point in the mid 1950s Native American imagery began to appear, he said.

The Red Raider, Hamilton said, “certainly was not racist in its origin.”

Eventually, the School Committee will decide what to do with the school name.

Hamilton asked, “Should the name change? Can the Red Raider be re-invented in a non-racist way like it was in the beginning?”

Earlier, he talked of how well he knows Merrill — both are Melrose High graduates — and of how much respect Hamilton has for him. “He is a good man, a great man. We are so privileged to have him here as principal. I can’t think of anyone else I’d like to see at the helm” of the school,” Hamilton explained. With this in mind, Hamilton told those gathered in the middle school auditorium, “it was no small thing to start this initiative” opposing what Merrill is trying to change.

Most importantly, Hamilton said, the Initiative’s leaders want to have a conversation in Melrose to keep tempers from getting out of hand, like he feels they did in neighboring Wakefield. Last year, the Wakefield School Committee decided to eliminate Native American imagery associated with the Warrior. A divisive campaign began which led to the larger community disagreeing with the School Committee during an non-binding election.

“It seems to me that people who want to keep the Red Raider name aren’t listening to those who want to change it,” and vice versa, Hamilton said. The process in Wakefield was not managed well and created bitterness. “I think we’re on that trajectory right now” in Melrose, he said, adding, “We can get somewhere by having a conversation.”

Hamilton explained that he and Merrill, who have had many discussions about the Raider logo and name, disagree very strongly on the process used in determining whether the name should change. There was one survey sent out to the general public, for example. “Let’s think about ways to seek input from a larger array of folks,” Hamilton said. Later he said the process should be much more public, adding that while he appreciates what Merrill is trying to do, “it’s not enough.”

Last summer, Merrill began the name-change ball rolling with a letter to the Melrose High community that stated, in part:

“I believe that it is time for Melrose High School to move away from the ‘red raider’ mascot. I want to be clear that our school community has taken admirable steps to move away from Native American imagery such as a Native American cartoon and eventually the dreamcatcher. Additionally, we know that the red raider has also been depicted as a viking, a bandit, and even has ties to a WWII fighter squadron. But, I simply cannot deny the connection between the red raider or raider and offensive Native American imagery.

“I understand that this will be hard for some of our school community to hear and that some may disagree with me. This decision is not based on other people’s thinking or agendas. I am making this decision because 5 years ago I signed a contract to take responsibility for what I consider the most important building and people in our city, and I think that this is right for our school. In 2016, I said that our #1 goal will be to create and sustain a welcome environment based on kindness and respect. That remains our #1 goal and it will be as long as I am here.

“We teach students to treat each other well. We talk about who came before them at MHS and what they stood for. We talk about hard work, teamwork, communication, and how to solve problems and persevere. But, most importantly, it always comes back to how you treat people.

“My objective will be to roll out a collaborative plan that includes our students and community in a process to phase out the red raider and identify a new mascot during the upcoming school year.”