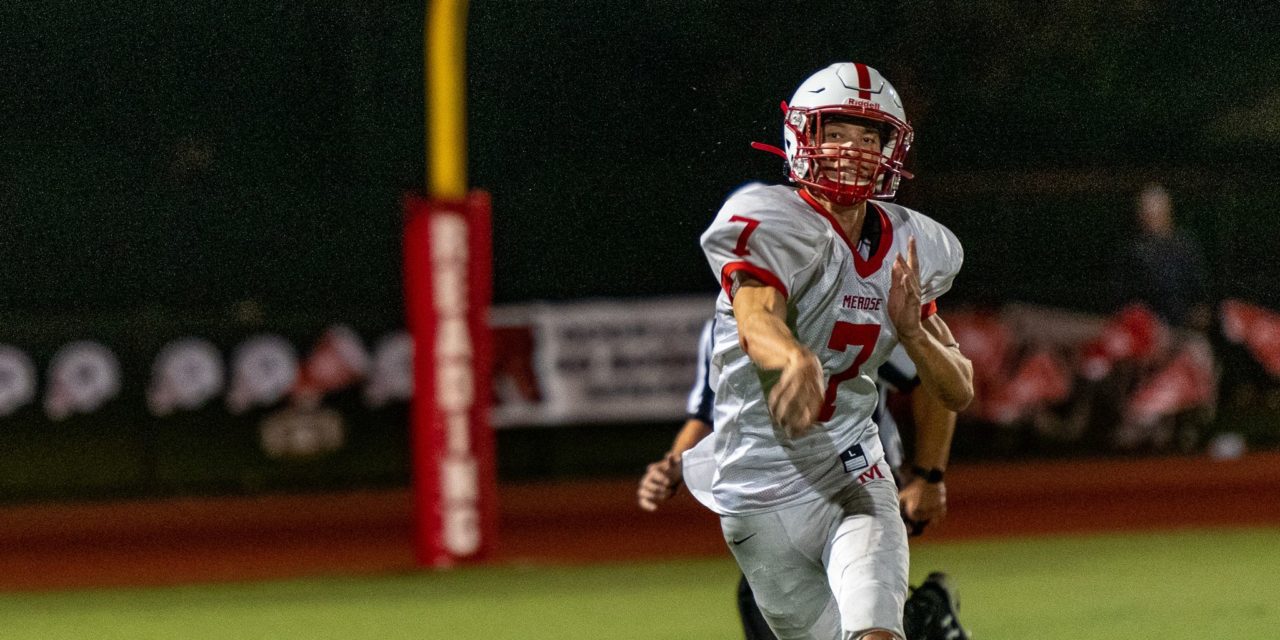 MELROSE—After Stoneham fullback Marshall Albrecht ran through a Melrose defender on his way to a nineteen-yard touchdown run with 9:43 left to play, the Red Raiders (1-4, 0-2 Middlesex) knew that they had to respond, trailing 14-7.

And respond they did, energized by junior return man Oto Albanese’s carry to the Red Raiders’ forty-seven-yard line on the ensuing kickoff. Melrose proceeded to march downfield into the Spartan’s red zone on eight plays. Quarterback Trevor Botto, bursting behind the left side of his line, capped off the drive with a nine-yard touchdown run on a keep, making the score 14-13, Stoneham.

Rather than settle for a PAT, Melrose opted to lay their chips on the line and attempt a two-point conversion following the touchdown. Melrose went back to Botto, who again tried to drive forward behind the left side of his line but was hit and wrestled to the ground just shy of the goal line.

Having been worn down for more than three quarters by Stoneham’s run-centric, old-school double wing backfield, the Melrose defense was unable to string together enough stops and leverage its remaining timeouts on Stoneham’s next drive. Stoneham drove downfield on the Red Raiders and let the clock expire to win the contest, 14-13.

“Going for two, I think we were getting worn down a little bit and we felt like we needed to go for two at that stage in the game, and it just didn’t work out,” said head coach Tim Morris.

The Red Raiders were held scoreless in the first half but remained buoyed by solid play out of their defensive line and special teams. In a grind-it-out kind of contest where Stoneham went to the ground almost play-in and play-out, the Red Raiders’ defensive line was put to the test in the trenches and showed resilience.

“They do a great job executing that offense,” said Morris. “Lot of power and sweeps. They just use their size and their simple scheme, and they run it well.”

Melrose’s punt and kickoff coverage was sound all night. Shea Fogarty notched several nice punts, and on a few occasions, even beat out the rest of the coverage team racing downfield to make hits on Stoneham’s return man. The Red Raiders’ special teams play was consistent and seemed to hold the team together while its offense sorted things out.

“We’re playing a lot of young guys on special teams,” said Morris. “We got a veteran kicker in Zach Federico. The kickoff and kick returns were good, they gave us good field position, and made some good stops.”

Leading 6-0, Stoneham received the ball to start the third quarter. Shortly into its opening drive of the second half, Stoneham coughed the ball up and Melrose’s JD LaBarbera recovered the fumble, giving the Melrose offense good field position at Stoneham’s forty-nine.

The Red Raiders pounced on the opportunity. Facing fourth down and four at Stoneham’s forty-one, Trevor Botto fired a completion to Rob Colozzo on a quick in-route to keep the drive alive. Four plays later, faced with another fourth down, Botto kept the ball for himself, bobbing and weaving his way past the Stoneham defense for a twenty-seven-yard touchdown run. The PAT was good, giving Melrose a 7-6 lead.

Then, on Stoneham’s ensuing drive, the Red Raiders stopped the Spartans on fourth down. The Spartans had completed a pass, but the receiver was dragged down by Botto short of the sticks, handing Melrose a turnover on downs. Except for its unsuccessful two-point conversion late in the fourth, Melrose showed improvement in terms of coming through on big plays such as this one.

“I love our kids, and they really rebounded from last week, just practiced hard all week,” said Morris. We were very focused tonight, played a lot of guys. [Melrose] came up with the big plays when they had to.”

Next up on the Red Raiders’ schedule is an away contest tonight at Woburn, with kickoff slated for 7 p.m. 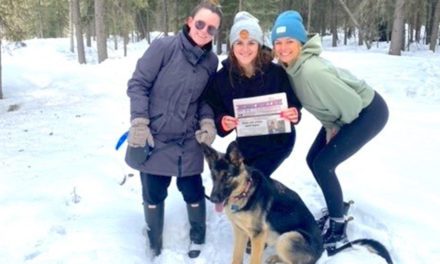