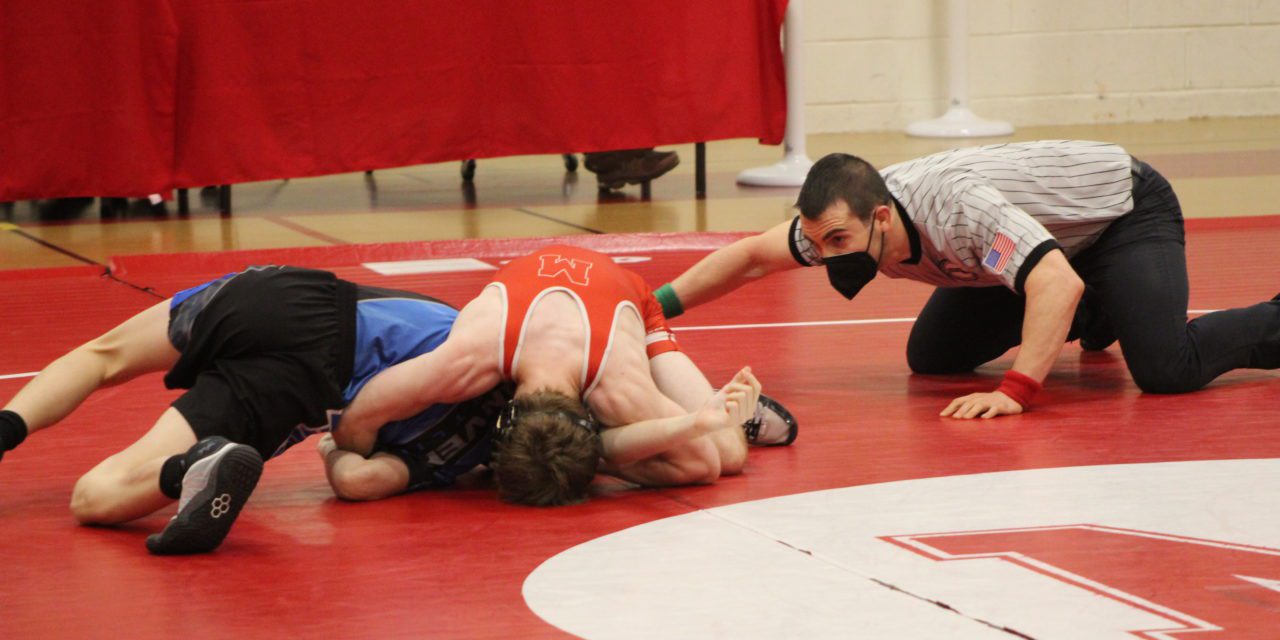 MELROSE—After reaching the mid-point of their winter season, the Melrose High wrestling team is showing all the makings of a strong post season team while compiling an excellent 11-3 record during their dual meet and Invitational season.

On the horizon awaits the always-anticipated Brawl in the Hall against Wakefield on Feb. 2 at Memorial Hall that may determine league title rights. And the team will be expected to take part in Sectionals shortly after.

According to head coach Larry Tremblay, Melrose is cruising along very nicely. “We’ve got some quality wins behind us and it’s been a very good season.”

Depth remains Melrose’s strong point with weight classes aptly covered from light to heavy. Their seniors and captains remain consistent on the mat and bringing home the pins when needed.

One senior is primed to finish his season on top. Senior captain Sean Thomas, 2020 state champion, is now approaching 100 wins, a watershed moment in high school wrestling. The senior, who will wrestle at Trinity College in CT next year, can get this done in the coming weeks. “Sean is in the driver’s seat for it,” says Tremblay. “He’s ready to go.”

Melrose recently took part in one of the most challenging quad meets of the season against Tewksbury, Franklin and Shawsheen Tech last weekend. Melrose prevailed against Shawsheen, 46-42, an impressive feat given the success of the rival program. Melrose also recently beat ML foe Winchester, Tremblay’s old team, by a score of 54-30 at home on Jan 5. Melrose is without a doubt priming for a post season. 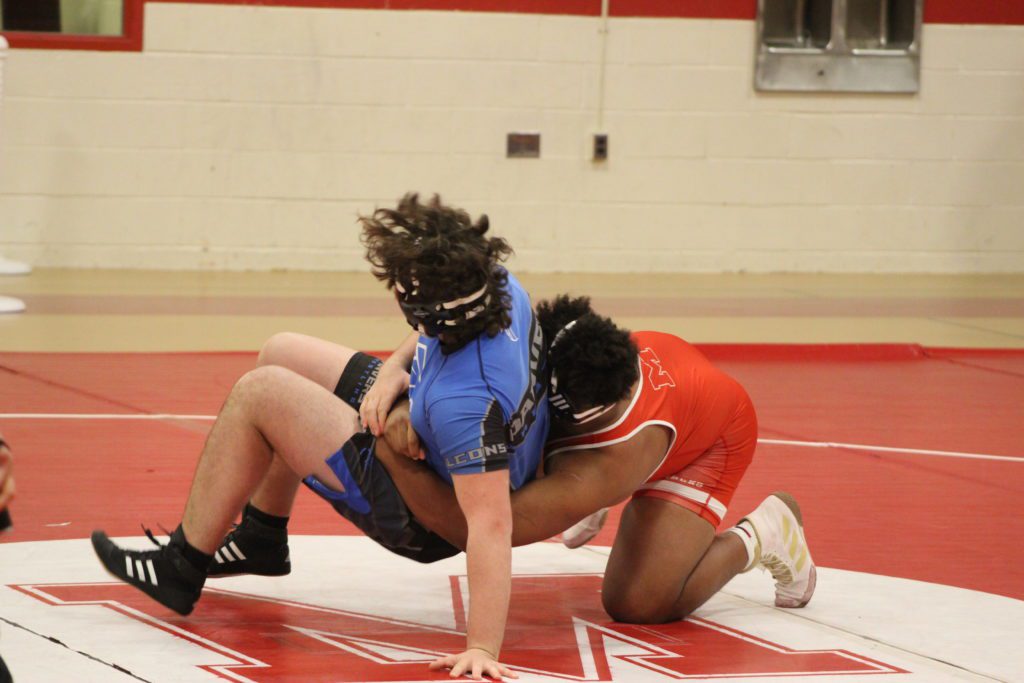 BRADEN MARCEAU-Olayinka is among those helping Melrose reach a 11-3 record so far this season. (Jennifer Gentile photo)

Says Tremblay, “Our win against Shawsheen was a good one given the history of their program. We were down Sean Thomas so it was as a real collaboration for the boys to pull that off without him. In fact, his younger brother, Mike, stepped in at the 113 to take a pin to win it, which was huge, and great for a freshman.”

It’s all in the family for Melrose. And, if there are a group of generals helping command Melrose with a workmanlike effort, its definitely the Fogarty brothers. The trio of wrestlers have all been key to Melrose’s success this winter. Senior captain Shea Fogarty (160) junior Steven (152) and freshman Quinn (126) have all come up big for Melrose and are helping lead the team in wins. “They’re just tough pinners and automatic point earners for us,” the coach says. “Even better, Quinn got his first pin against Danvers.”

Another pair of brothers have helped carry Melrose on their back: Marco and Otto Albanese, who continue to serve wins for Melrose. The two compete in the 106 and 145 weight classes, respectively. Says their coach, “These two have been very strong. Marco had a great day last weekend.”

Keep your eye out for junior Alec McLaughlin in the 132, who continues to impress his coach, along with Dom Delgado in the 195. One wrestler who has turned things on this season is junior Braden Marceau-Olayinka, who has won 8 of his last 9 matches, along with sophomore Gabe Laverde, a 220 lb wrestler who the coach contends, “Wrestles his heart out and competing great.” Sitting on the sidelines is an impressive Nico Chiulli who Melrose hopes returns soon.

So far, some of Melrose’s losses include historically strong Div. 1 Franklin (who edged a squeaker over Melrose, 42-39) and Tewksbury, who has a 36-man roster made up largely of football players. Melrose only lost by ten points to them. Says Tremblay, “Any given day, a team we lost to can fall to an opponent we beat. Things change quickly in the dual meet season.”

Melrose will continue their meet season on Wednesday (post deadline) against Watertown, before taking on Wakefield at the annual Brawl on the Hall on Wednesday, Feb. 2 at 7:00 p.m. at Melrose’s Memorial Hall, followed by Woburn on Feb. 9.

There is a long season ahead and this team is just starting up. As the coach sums up, “I’m very happy with them and foresee a nice run for us.”