Everything is new for Red Raider track boys

MELROSE—The Melrose High boy’s indoor track team is set to begin their most unusual season to date: their Fall2 season that is slated to begin competition on Friday, March 19 at Stoneham High.

During a time in which most indoor track runners would be done with a winter season, these Red Raiders will instead embark on an 8-week season that runs from Feb. 22-April 25. And the kicker: they will be outside, like a hybrid of indoor/outdoor track, but nonetheless designed in the perimeter of indoor track events. Cold? Yes. But the best antidote for that will be running.

The boys team has a new coach this season in Melrose cross country coach Nick Tuccinardi, who fills in a spot normally held by coach Tim Morris, now preparing for a Fall2 football season. Tuccinardi will be assisted by cross country coaching legend Kevin Allison. Melrose will also not be hosting any home meets, due to a lack of weekend availability of Pine Banks, where they will practice mid week. In a season of total change Melrose can at least count on live, in-person meets versus virtual meets which the Middlesex Large teams are conducting. If it seems a little confusing, it is. But despite any change of logistics, schedule, and individual race distances, one thing coach Tuccinardi can count on are familiar faces ready to pick up where they left off last year.

That includes senior captains Dan Urchuk, Matt Frawley and Jack O’Hara, three seasoned veterans who will steer this team in unchartered waters this early spring. Jack O’Hara is a UMass-Amherst committed runner and state bronze medalist with a specialty in the 600, an event that might look a little different on an outside track. “Jack is such a well conditioned athlete and we can count on him for relay too,” says his coach. “He’s going to have a great season.”

Expect Frawley to also excel in the 600 as well and serve a critical role in the team’s 4×400 relay. And Dan Urchuck is an athlete who has competed since freshman year and is already showing younger players the ropes in throwing shot put.

Melrose returns about 15 seniors and according to Tuccinardi, it’s a sport they take seriously. “We have kids returning who have such an interest in track that they would compete in any season,” he says. Overall, the team has close to 30 members, which is strong for a previously unscheduled season. “I think word of mouth helped,” says the coach. “We had a lot of new interest too from athletes eager to try something new.”

Distance running may be this team’s calling card. The one mile and two mile should be a strength thanks to returning runners Colin Bakey, Will Duggan and Matt Fox. Matt Whelan a 55 dash medalist and relay runner who could also see time in the long jump. Keep your eye on Ryan Cotugno, who medaled in the 1000 at the Aurebach meet last year and will be counted on in relays. With cross country runner Adam Drafts Johnson also returning, it’s clear that Melrose will go the distance this spring. The lineup and assigned events will likely change over the season, particularly when the reality of COVID-19 could change anything. An abundance of new players will be finding spots on the lineup too.

Coach Tuccinardi is grateful that earlier successes in the fall and winter seasons have opened opportunities for this team to compete in Fall2. His team also knows the serious effort it takes to keep an entire season going. “These kids are just 100% thrilled to be able to compete,” he says. “It would be a true mark of pride for us to complete an entire season from start to finish. They won’t take one day for granted. They know that being out there competing is crucial for their social and mental health welfare.” 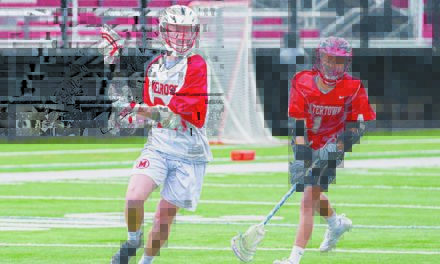 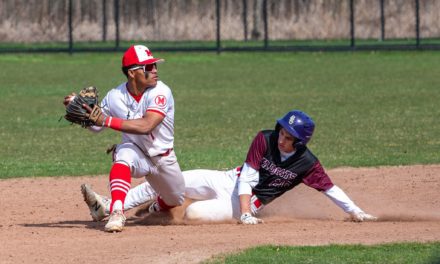