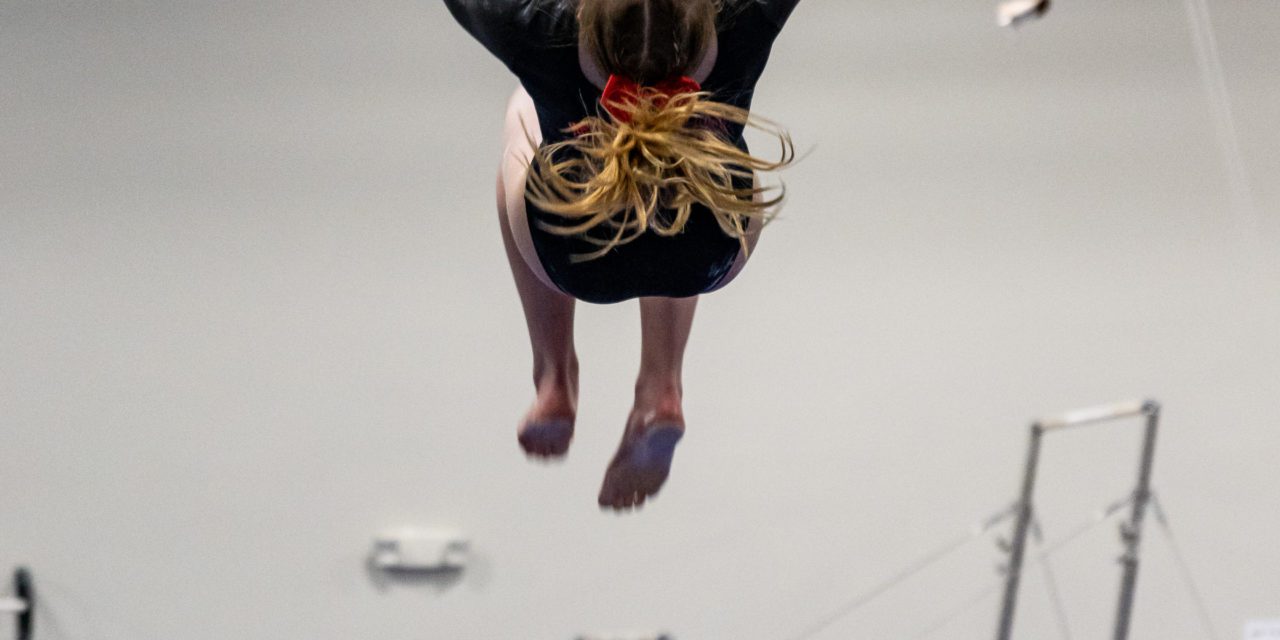 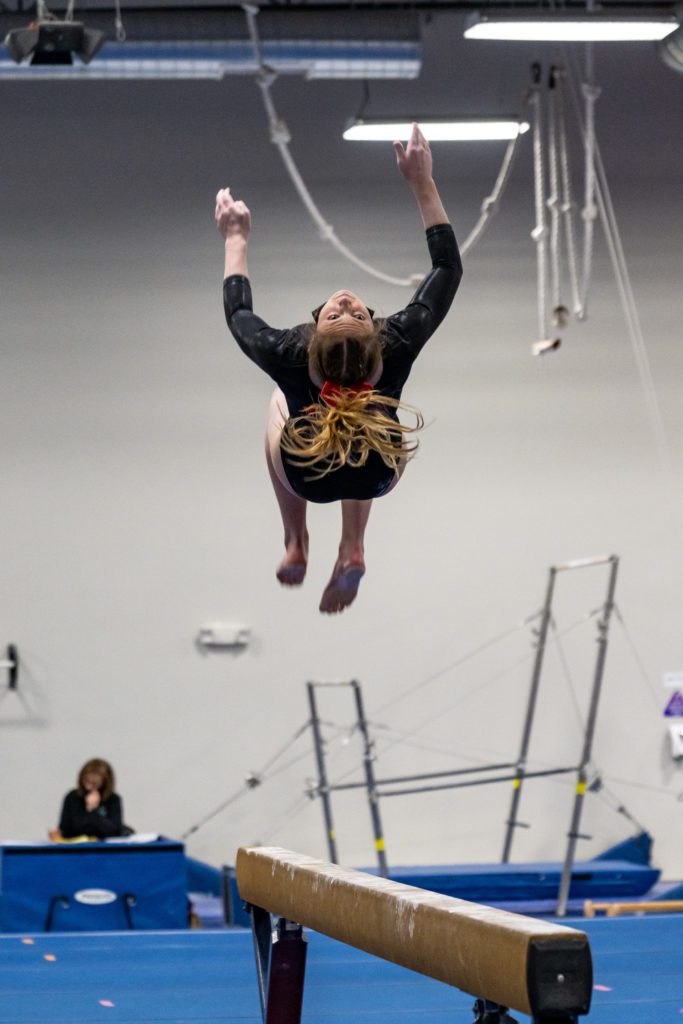 SENIOR CAPTAIN Lucy Hannon’s beam routine has been must-see for the Melrose High gymnastics team who are 2-1 after a big win over Winchester. (Raj Das edphotos.com)

SAUGUS—The Melrose High gymnastics team is off to a strong 2-1 start to the season after topping rival Winchester, by a large margin of 133.1-123.0 last Saturday morning at the Saugus YMCA. Melrose prevailed in every event, once again showing great depth in the vault, where they compiled a total of 34.65, and the floor which they easily won, 34.7-31.55.

The Red Raiders, having had just six competing gymnasts last week, were equipped with two additional ones in the form of Owen Mistretta and Isabella Ferrante, who both scored points for Melrose.

Against Winchester, Melrose saw top scores come from senior captain Lucy Hannon (all around 34.5) who nailed a beautiful floor exercise for a 9.0 score. Another top score of the night was freshman Owen Mistretta who scored an 8.9 in a vault that included a tsuk. Melrose’s overall efforts were had by Hannon (34.5) and Grace Burke (33.45).

In bars, Melrose edged Winchester 31.8-28 behind the work of Maya Weissman, Sofia Pitcher, Isabella Ferranti, Grace Burke, Lucia Hannon, with Burke topping the event overall with a 8.35. Melrose also topped the Red and Black in the beam 31.95-31.25, a squeaker, thanks to the efforts of Maya Weissman, Isabella Ferranti, Grace Burke, Katherine Carney, and Lucia Hannon, who had the top score of 8.7. Melrose’s big finale was in the floor exercise and they simply knocked it out of the park behind the work of Sophia Pitcher, Isabella Ferranti, Katherine Carney, Grace Burke and Lucy Hannon, who had the evening high score of 9.0.

After hosting Reading on Wednesday (post deadline) Melrose will also host a competitive Stoneham team at the Saugus YMCA on Friday at 7:15 p.m., weather pending.