Unified basketball off to winning start 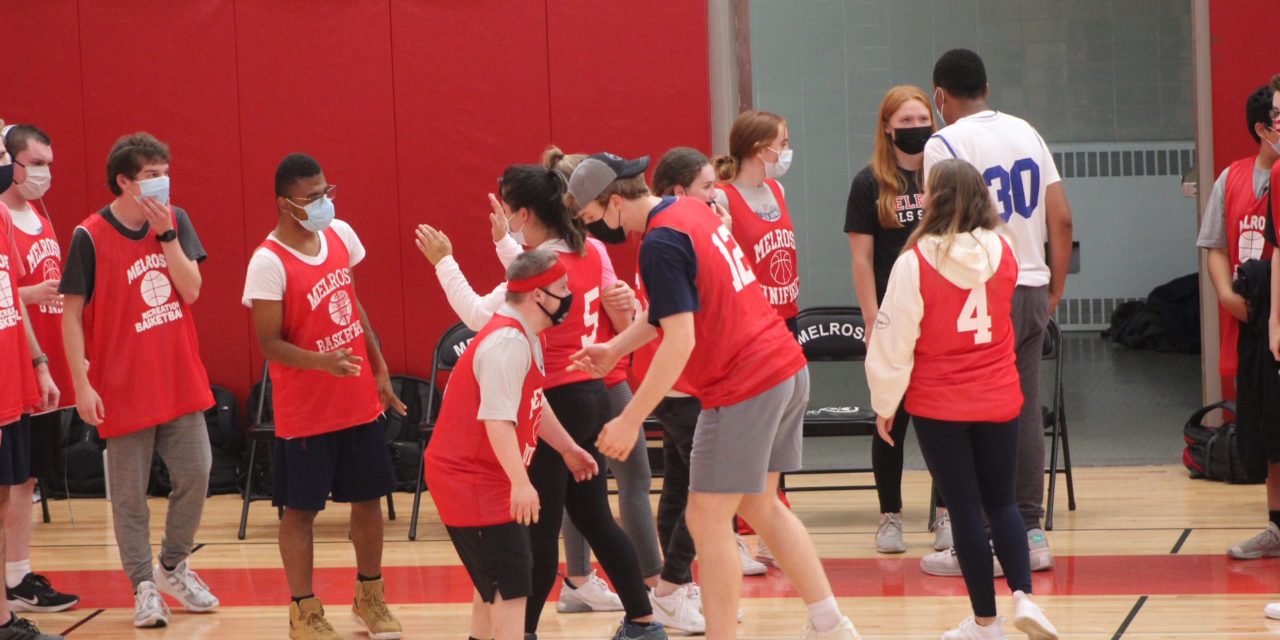 MELROSE—The Melrose High Unified Basketball team kicked off their 2021 season with back-to-back wins, including a 44-40 home opener on October 14 and a previous 34-33 squeaker over Waltham.

They are now 2-0 with Senior Night approaching next Thursday when they host North Reading.

Melrose kicked off their season at home last with a supporting squad: The MHS cheerleaders, who were on hand to root on Melrose. And what a game it was.

It was a very even first half against Stoneham thanks to baskets from James “The President” Kavanaugh, Nick Kram and Kevin Burke, but Stoneham countered with Matthew LaTerza who scored 8 of the Spartan’s 16 points. Melrose went into halftime down 14-16. However, it was a gigantic fourth quarter starting with solid layups from James Donovan, Nick Cram and Kevin Burke. Then, James Kavanaugh smashed the game wide open with three consecutive three- pointers that had fans on their feet. It allowed Melrose to tie it up 39-39 before Burke closed the door with a layup for the 44-40 win. 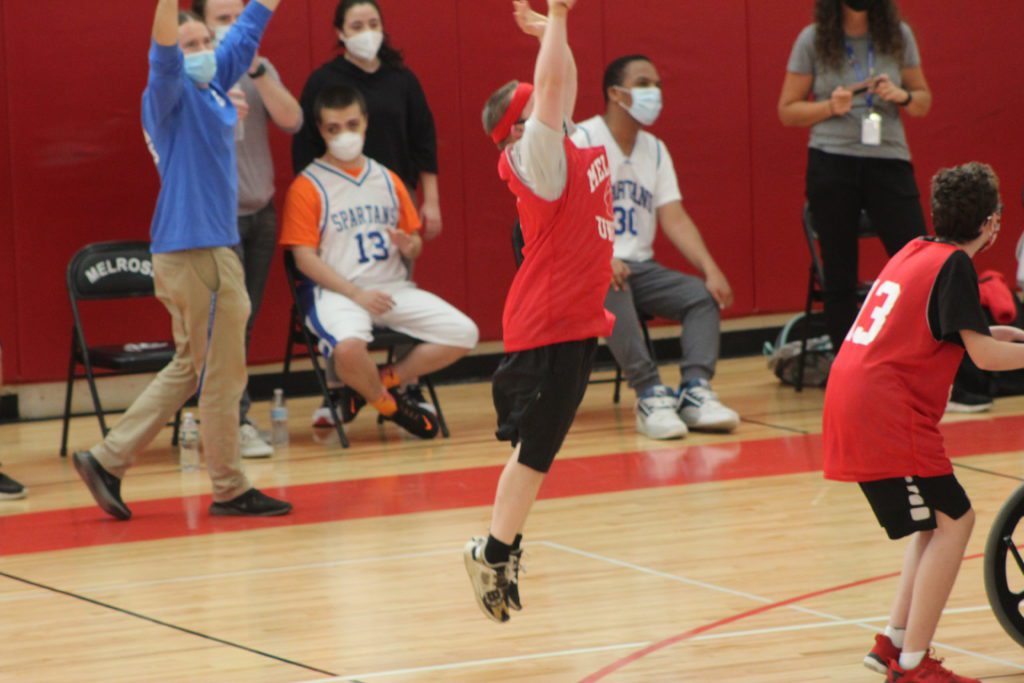 Coach Manfredi is proud of his team’s winning efforts. It helps that Melrose is brimming with talent thanks to big numbers. “We’re double our numbers from last year,” he says. “There’s been so much word of mouth. We’re so glad to see interest in the program.”

He was equally impressed by the work of senior James Kavanaugh. “James has such great heart. While his three pointers are just incredible, I was also impressed with his defensive game. He had three steals in the second half that really turned the game around.”

The President was available after the game to speak to the press. “I thought we played great,” Kavanaugh said. “We really took control in the last quarter. Stoneham was a good team but we’re also good.”

With many familar and new faces on the team, there is no telling what they will do this season. With huge fan support, returning talent and loads of enthusiasm, the sky is the limit. The team will celebrate Senior Night on Thursday. They will honor seniors James Kavanaugh, Ben Donovan, Harry Jaggers and Claire Morse.

Manfredi notes that the team is not the same without Grace Zinck, their teammate who passed away last spring. She is close in their hearts and mind at every game and practice.

The coach confirms, “We’re dedicating our season to her.”